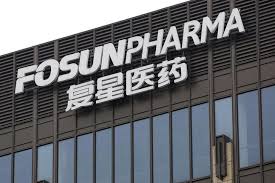 Shanghai Fosun Pharmaceutical Group has agreed to cut the size of the stake it will buy in India’s Gland Pharma to 74 percent, it said on Sunday, paying about $ 1.1 billion for what is still set to be China’s biggest acquisition in India.

Fosun had previously sought an 86 percent stake valued at about $ 1.26 billion, but the deal had raised concerns among some in New Delhi, a source told Reuters.

Rules issued in June stipulate that foreign investors can buy equity stakes of up to 74 percent in India’s pharmaceutical companies without requiring government approval.

Fosun did not mention regulatory hurdles in its statement to the stock exchange, noting only that Gland Pharma’s founding family wanted to retain a bigger holding in the Indian company because of its good performance.

But Gland managing director Ravi Penmetsa told Reuters that the companies had applied for antitrust approval in the United States and certain other approvals in China that were at risk of expiring.

“Now with this new agreement, we won’t have to reapply for those,” he said, adding that he expects the deal to be completed in two weeks.

The new deal will cap Fosun’s investment at $ 1.09 billion. Fosun Pharma also said it would spend no more than $ 25 million to market the Indian company’s enoxaparin blood-thinning drug in the United States, when it obtains approval there, cutting the previously proposed marketing spend by half.

Gland added that the deal would see it manufacture some of Fosun’s biosimilar drugs for the Indian market. These are cheaper copies of complex biotech drugs that require specialised manufacturing capabilities and command much higher prices than regular generics.

Sunday’s statement said that Gland would be able to make the biosimilars at Fosun’s site and sell them in India.

“It won’t happen overnight, but we have started working on it,” Penmetsa said.

The deal will also give Gland better access to markets such as Africa, where it currently sells through third parties, Penmetsa said.

Penmetsa and his father, P.V.N. Raju, will remain on the Gland board and the current management team will continue to run the company.

Reporting by Dominique Patton in BEIJING and Zeba Siddiqui in MUMBAI; Editing by David Clarke and David Goodman