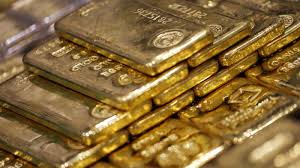 MUMBAI/BENGALURU (Reuters) – Demand for physical gold in Asia remained lacklustre this week as high prices kept consumers on the sidelines while discounts in India narrowed ahead of a festival season that could reignite buying interest.

Dealers in India were offering a discount of up to $ 4 an ounce this week, down from an $ 8 discount last week.

Recent price strength has dulled Asian demand, one Hong Kong-based trader said. “We are seeing more of selling; because of higher prices, people are taking profit on physical (gold).”

In India, demand could improve going into the Dussehra festival in late September, one Mumbai-based banker said.

“Until then, it is likely to be subdued and the market could continue trading at a discount,” the banker said.

Also weighing on demand was a rally that lifted local rates to about 29,915 rupees per 10 grams, not far from the 10-month high of 30,474 rupees hit late last week.

In top consumer China, gold demand was steady, with premiums offered in the $ 3-$ 5 range, the same as last week. In Hong Kong, premiums were in the 40 cents to $ 1 range, versus the 30-60 cent level last week.

In Singapore, gold was being offered at a 60-80 cent premium over the benchmark, compared with last week’s premium of 80 cents.

“We have seen a slowdown this week because prices are higher,” said Brian Lan, managing director at Singapore dealer GoldSilver Central.

Benchmark spot gold was down 0.4 percent at $ 1,323.21 an ounce at 1030 GMT, but prices remained supported by geopolitical tensions over North Korea’s missile and nuclear weapons testing. [GOL/]

“We’ve seen a number of clients come in to buy into gold because they’re worried about what’s going to happen in currency and stock markets,” Lan said.

Gold in Japan was being sold at discounts of up to $ 1 to benchmark rates, unchanged from the previous week.