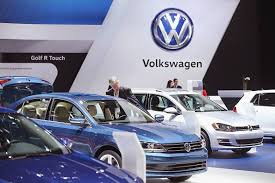 Volkswagen’s Skoda division remains open to teaming up with other players to help meet cost targets to build a low-cost car for emerging markets, its chief executive said, after cooperation talks with India’s Tata Motors collapsed.

Skoda, commissioned by Volkswagen (VW) to explore an entry-level car platform with a focus on India, and Tata last month said talks had ended after their cooperation failed to hit cost-savings goals.

While the German group’s Czech arm has since been assessing unilaterally whether VW’s MQB A0 platform could form the basis for a low-cost vehicle, it is still open to collaborate with other players on the emerging-markets vehicle project.

“We are open to partnerships provided they yield the desired technical and economic synergies,” Skoda CEO Bernhard Maier said in an interview this week at the Frankfurt auto show.

Skoda has held talks with a group of local suppliers, Maier said, as the carmaker aims to develop a low-cost vehicle that complies with stiffer engine emissions and crash-test requirements due to take effect in India in April 2020.

But he said it is no foregone conclusion that the MQB A0 will be the saviour in VW’s long-running effort to draw up a business case for a low-cost car in price-sensitive India.

“It’s clear that without radical localisation and the related cost advantages, we will be unable to turn the MQB A0 platform into a competitive tool in India,” he said.

India is expected to become the world’s third-largest car market by 2020 but passenger vehicle sales have slowed in recent months due to policy changes and a new nationwide sales tax.

A low-cost vehicle developed for India could also be launched in South America and the Middle East, VW group CEO Matthias Mueller told reporters at the Frankfurt show, adding that a budget car being developed with joint-venture partners in China may hit dealerships by 2019.