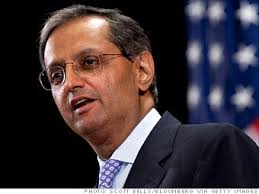 At least according to Vikram Pandit, who ran Citigroup Inc. during the financial crisis from 2007 to 2012. In an interview with Bloomberg Television, he said that developments in artificial intelligence and robotics could reduce the need for banking staff in certain roles, accounting for a potential 30 percent cut in such jobs in the next five years.

Read: Jamie Dimon Thinks Bitcoin Is a ‘Fraud,’ But It Can Still Hit $ 100K

He explained that “Everything that happens with artificial intelligence, robotics and natural language—all of that is going to make processes easier. It’s going to change the back office.”

Bloomberg reports that Pandit’s forecast for job losses is in line with what Citigroup itself predicted. However, Pandit’s five- year timeline is more aggressive than the ten years forecast by the banking group.

A 30 percent reduction in staff would constitute a loss of 770,000 jobs in the U.S. and nearly one million in Europe. Yet automation of certain operations is becoming a reality for many roles, and big banks are finding that technology is an effective means of cost cutting, making it all the more attractive.

But fear not—at least not yet. Jamie Dimon, CEO of JPMorgan Chase, has predicted that more jobs will be need to be created as the need for technology workers rise.