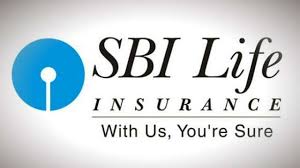 India’s SBI Life Insurance Co Ltd will launch an initial public offering next week to raise as much as $ 1.3 billion, sources with direct knowledge told Reuters, in what will be the country’s first billion-dollar IPO in nearly seven years.

SBI Life, a subsidiary of top Indian lender State Bank of India (SBI.NS), will open the IPO sale to the public on Sept. 20 and close it on Sept. 22, according to a filing. Two sources said the shares will be sold in a price range of 685 rupees to 700 rupees apiece.

The IPO will raise as much as 84 billion rupees ($ 1.3 billion) for SBI Life’s two main shareholders – State Bank of India and BNP Paribas Cardif – which are paring their stakes.

The country has already seen more than $ 3 billion in IPOs this year, according to Thomson Reuters data, and has a number of upcoming listings from insurers, which should take it well past the $ 4 billion raised from IPOs last year.