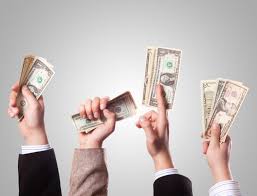 The No-Brainer Secret To Weekly Income

I want to let you in on a secret…

Wall Street doesn’t make most of its money from the stock market.

While trading equities constitute a large part of “big banking,” if you were to add the value of all the stocks in the world it would only come out $ 36.6 trillion.

Don’t get me wrong, that’s a big number. It’s also one reason brokerage commissions have been the bread and butter of Wall Street firms since the New York Stock Exchange was founded in 1817.

But the truth is there’s a much bigger market out there. This market, which is valued at over $ 790 trillion, has grown exponentially since the Securities and Exchange Commission deregulated it in the 1990s.

Unlike most stocks and bonds, which tend to be “boring” and relatively stable, the securities in this market allow investors to make bets on the outcome of certain asset prices.You wouldn’t believe the kinds of insane bets we’ve seen traders make in this market. I’m talking about, in some cases, traders betting upwards of $ 55,000 that Apple or Google will trade 20% higher than where they are now in a matter of two months.

If they’re right, those investments could be worth millions of dollars. But odds are they’ll be wrong. While not impossible, it’s highly doubtful that two blue-chip stocks with market caps in excess of $ 100 billion will make a 20%-plus move in two months.

The far more likely scenario is that the securities those investors bought will expire worthless, and the money they spent to make these bets will go straight into the banker’s pockets. This process happens every day, and it’s one of the primary methods Wall Street uses to extract huge profits from some of its most aggressive clients.

But the best part about this market is that it’s open to everybody. You don’t have to be a multi-million-dollar hedge fund manager or a Wall Street guru to take advantage of it. All you need is a brokerage account and a few thousand dollars to get started.

Derivatives: Not As Complicated As They Seem…
I’m talking about derivatives — one of the most misunderstood markets in the financial community. Now, before you dismiss derivatives offhand, bear with me. It’s important to understand what they are, how they work — and more importantly, how they can work in your favor.

While derivatives might sound complicated, they’re really quite simple.By definition, a derivative is any security that derives its value from the performance of another underlying asset (such as a stock, bond or commodity). The value of the derivative depends on whether the underlying asset goes up or down in price.

In other words, buying a derivative is like betting on the price movement of an asset. How much the bet costs, and how much it could potentially be worth, depends on the type of derivative that the buyer purchases.

So while derivatives might come with fancy names like “swaps,” “options” and “futures,” in reality they are often used like lottery tickets by speculators — whose winnings depend on whether or not the investor correctly guessed the direction of the asset price’s movement.

At this point I want to make something perfectly clear. We don’t recommend you make these speculative bets yourself. As we said, most investors who buy derivatives are aggressive traders willing to risk a small portion of their portfolio for the chance to earn huge profits.

That’s not how we like to invest here at StreetAuthority.

After all, much like a state gaming board gets to keep the money for all the losing lottery tickets, derivative sellers keep the profits from each contract that expires worthless, which happens the majority of the time.

How Covered Calls Can Help You “Skim” Extra Income
Longtime readers have likely heard us talk about covered calls before. Those who are familiar know that a covered call strategy involves selling options (a type of derivative) on stocks that you already own.

Because precious metals companies tend to be volatile, many growth investors like Wheaton Precious Metals because it offers the chance to earn big gains. But the really aggressive investors, the ones that place million-dollar bets in the derivatives markets, like Wheaton because it commands some of the highest options premiums.

But here’s where things get interesting…

Regardless of where the stock is at when the option expires, whoever sold the option to this speculative trader will get to keep the $ 0.60 premium as pure profit.
So, by taking the other side of this trade, you’re getting paid up front to possibly sell your shares in the future at $ 23. That’s a 10.7% gain from the stock’s recent price. In addition, you will have already pocketed his “bet” of $ 0.60 per 100 shares (or $ 60) — leading to a 13.6% total profit.

In this example, that means the worst thing that could happen is that you’re forced to sell your shares of Silver Wheaton at $ 23 apiece. But as long as you bought the shares for less than that, you’re making money.

It’s this kind of “win-win” strategy that makes the derivative markets so lucrative. Thanks to options-selling strategies like covered calls, investors are able to take advantage of the aggressive bets traders are making.

We like to think of it as “skimming” from the stock market.

Of course, a covered call strategy only works if you own the underlying shares of the stock (that’s what the “covered” part means). So if you don’t already own shares of Wheaton, or have any interest in owning them, then this trade might not make sense to you.

But remember this is just one example. The truth is, as long as the stocks you own are publicly traded, there’s a good chance that at least one aggressive investor is willing to make a wild bet on them. Why not take them up on it to earn a little extra income?

Make no mistake. The derivatives market is like a giant casino. There are thousands of investors making poor, speculative bets every day. But when you use that to your advantage with conservative strategies like covered calls, you can align yourself with the house.

And the house almost always wins.

If you want to learn more about covered calls, ProfitableTrading’s Amber Hestla has just released a brand new research report where she explains how investors are earning up $ 3,000 a week by utilizing this simple strategy. To learn the details of how Amber and her readers make these conservative income trades, follow this link.