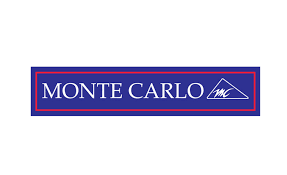 From Monte Carlo, Insurers’ View of the Impact of Irma and Harvey Is Surprisingly Rosy

As Hurricane Irma battered Florida, the cream of the insurance world – gathered under the Mediterranean sun in Monte Carlo – was assessing the costs of the storm for the global industry.

The takeaway so far: Irma and its predecessor Hurricane Harvey, which caused massive flooding in Texas two weeks ago, are likely to take a toll on profits in a sector struggling with thin margins, stiff competition and falling prices.

But at this early stage, the damages are not expected to be so excessive that they hit insurers’ capital base in a way that would lift slumping insurance prices or hurt their credit ratings.

Irma is a “major event for Florida and also a major event for the insurance industry”, Torsten Jeworrek, member of the board of the German reinsurance giant Munich Re (murgy), told journalists on Sunday.

Read: Hurricane Irma Is Churning Through Central Florida, Leaving a Trail of Destruction

Along with some 2,500 insurance executives, he is in Monaco for an annual conclave to haggle over reinsurance prices and strike underwriting deals.

The meeting typically occurs at the height of the Atlantic hurricane season, but not since Hurricane Katrina in 2005 have catastrophes weighed so heavily. The industry is only slowly coming to grips with Harvey’s likely costs.

Munich Re’s Jeworrek said the loss assessment was “complex” and that it would “take a long time for the necessary estimates, leaving high uncertainty in the market.”

He estimated that insured losses for the global industry would total between $ 20 billion and $ 30 billion, which would put the storm on a similar scale to Hurricane Sandy, whose storm surge caused flooding in New York in 2012. For Irma, which hit Florida early on Sunday after ravaging the Caribbean, the loss estimates are more severe.

AIR Worldwide on Monday forecasted total insured losses in the United States of between $ 20 billion and $ 40 billion.

All combined, the storms are likely to “translate into an underwriting loss for the year”, said Robert DeRose, senior director at the insurance ratings agency A.M. Best.

His firm estimated that $ 75 billion in insured losses would result in an average industry-wide combined ratio, a closely-watched measure of expenses to premium income, of 106 percent compared with 95 percent in 2016. Ratios greater than 100 point to losses.

The big question for the industry has been whether reinsurers will see such high losses that they can then demand higher prices for their coverage. That would be the first major reversal since Katrina, the costliest natural disaster in U.S. history with insured losses of around $ 80 billion.

Read: Hurricane Irma Could Be a $ 250 Billion Storm According to New Estimates

The verdict so far among analysts is that profit will take a hit, but the dynamics of capital and pricing will not.

“We don’t see this as a market-turning event,” said Brian Schneider of Fitch Ratings. “Pricing is not likely to respond.”

Both Hannover Re and Swiss Re , in a sign of optimism for the sector, said on Monday that they generally see reinsurance prices stabilizing after years of decline.

Irma’s timing is giving attendees plenty to talk about and in some cases disrupting their own travel plans.

Reinsurance broker AON Benfield told some staff who had planned to travel to Monte Carlo to instead remain to deal with Florida claims, Chief Executive Officer Eric Andersen said.

With Monte Carlo’s yacht-filled harbour and billboards advertising private jets offering a contrast to the destruction wrought in Texas and the Caribbean, one journalist asked whether insurers might move their annual meeting to a more modest venue.

Monte Carlo is “the place to be at the end of the day,” said Munich Re’s Jeworrek. “The industry wouldn’t move to another location to get rid of the reputational damage to its image.”

“We will also come next year. You can write that.”