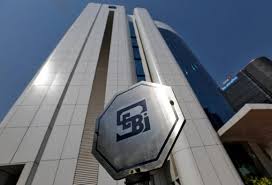 The move comes just months after the watchdog set tougher rules, including mandating ratings agencies to more closely monitor whether issuers are meeting their debt obligations and increasing disclosure requirements.

The new proposals by the Securities and Exchange Board of India (SEBI) include requiring a ratings agency to hive off any other business it does, apart from assigning ratings and economic or financial research, to a separate entity.

SEBI also suggested that an appeal by a company against a rating assigned to it should be reviewed by a different panel than one which issued the rating.

It also said that an agency could be allowed to withdraw ratings half way through the term of the financial instrument being rated or after it had rated the instrument continuously for five years, whichever was higher.

SEBI said that a ratings organisation should have a minimum net capital of 500 million Indian rupees ($ 7.84 million) before it is accredited as a credit ratings agency. The current net capital requirement is 50 million rupees.

SEBI also proposed that a ratings agency should not hold more than 10 percent shares or voting rights and representation on the board of a rival.

It has invited public comments on the proposals by Sept. 29.