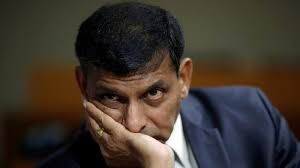 India could sell stakes in state-owned companies to fund a bank recapitalisation and revive growth without straying from the path of fiscal consolidation, the former head of the Reserve Bank of India (RBI) said on Thursday.

Stronger, better-managed banks should be given the capital they need to absorb losses as a matter of high priority, Raghuram Rajan, who left the RBI last year, told Reuters in an interview.

More than $ 150 billion of bad debt is crimping credit growth in Asia’s third-largest economy, and the government and the RBI have been trying to ease the burden on state-run lenders, which account for 70 percent of all lending.

The expected losses from the bad loans mean banks will need tens of billions of dollars of fresh capital, but the government does not have the money to fund such a bail-out.

One option would be taking on more debt, but that would run counter to Prime Minister Narendra Modi’s aim of imposing fiscal discipline.

Asia’s third-largest economy aims to trim its fiscal deficit to 3.2 percent of GDP in 2017/18, down from 3.5 percent the year before. India’s success in narrowing its fiscal and current account deficit has helped to attract record levels of foreign investment.

“The whole point about the fiscal consolidation process is saying that you are making hard choices, so if you are staying within that you have to find other places where you either cut spending or raise resources,” Rajan said.

But he said the government might sell some assets to raise the funds and that a strong performance by the country’s stock market provided a good opportunity for divesting.

Rajan, a former International Monetary Fund economist, had a high-profile three-year term as the head of the RBI, playing a crucial role early in his tenure in stabilizing the currency. He left last year and had refrained from making public comments about the economy until now.

Over the past few days, he has been in India to mark the publication of his new book, “I Do What I Do”.

During the interview at the University of Chicago offices in New Delhi, Rajan also said that it would make sense to keep Janet Yellen as chair of the U.S. Federal Reserve.

“It makes sense, as she’s sort of following this process of normalisation, to stick with somebody who is known by the system, because this is a delicate process,” Rajan said.

Sources close to the White House and an administration official told Reuters that President Donald Trump is considering many candidates to lead the central bank. Yellen’s term expires in February.