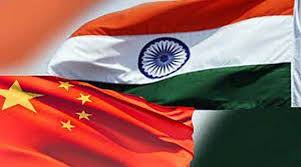 WASHINGTON (Reuters) – The U.S. Department of Commerce on Wednesday said it began an investigation into possible dumping and subsidization of stainless steel flanges from China and India.

Commerce Secretary Wilbur Ross announced the trade action in a statement, saying: “The Department will act swiftly, while assuring a full and fair assessment of the facts, to ensure that everyone trades on a level playing field.”

In 2016 imports of stainless steel flanges from China and India were valued at an estimated $ 16.3 million and $ 32.1 million, respectively, the statement said.

They alleged dumping margins, or the discount to fair value, on products from China of 99.23 percent to 257.11 percent and from India of 78.49 percent to 145.25 percent. They also estimated that products from both countries were subsidized at undetermined rates, the statement said.

The International Trade Commission is due to make a preliminary decision about whether the imports injure U.S. producers by Oct. 2, which would ensure the Commerce Department continues its investigation, the statement said.

It said that from Jan. 20 through Sept. 6 this year, the department had begun 62 antidumping and countervailing duty investigations, up 41 percent from the previous year.