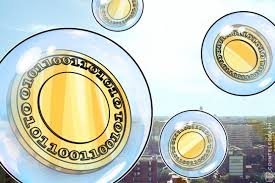 China lets some air out of the ICO bubble

We talked about ICOs last week— it’s the latest application of cryptofinance technology for companies to raise capital without having to rely on traditional methods like banks, brokers, and venture capital firms.

Through an ICO, any company can raise money by selling ‘tokens’ to investors, who typically pay with cryptocurrency like Ether or Bitcoin.

And those tokens normally represent shares in the company.

There are no government agencies involved. No regulators. No banks or brokers extorting huge fees. It’s just the company and its investors… a voluntary seller of tokens and voluntary buyer of tokens.

This is a good thing. So naturally the practice was banned.

It’s not just China, by the way.

In the Land of the Free, the SEC has also been busy squashing certain ICOs and warning companies that are thinking about issuing tokens.

In general, governments don’t like ANYTHING that’s independent and decentralized, so they come up with useless regulations to make everything more difficult.

Whether you’re trying to homeschool your children outside of the state-controlled miseducation system, collect your own rainwater off-grid, or use a decentralized cryptocurrency, they’ll create a bunch of regulations (and punishments) to stand in your way.

Of course, they always claim that they’re doing it to protect you.

The SEC, for example, which is supposed to ‘protect’ us little investors from the big bad wolves in the financial markets, completely MISSED every major financial scandal, from Bernie Madoff to the subprime meltdown.

To be fair, it’s true that there’s an unbelievable amount of fraud and stupidity in the ICO marketplace.

People are throwing money at every new ICO that comes along with absolutely zero understanding of what they’re buying.

And more dangerously, as the ICOs have increased in value, this feedback loop only reinforces a delusional self-belief among a lot of ICO speculators that they have some sort of ‘knack’ or ‘gift’.

The hard reality is the ICO market is a total bubble.

We talked about this last week– brand new companies which have no profit, no revenue, and in some cases even no product, are seeing the value of their tokens increase 5,000% per week.

It’s absurd. And these are not isolated cases.

Out of the 68 ICOs listed on the website ICOstats.com, 63 of them have made money. The top 30 performers are up over 1,000% each, and most of those in less than a year.

Investing in an ICO is no different than investing in any other startup: you’re ultimately gambling on whether the managers have the skills and vision necessary to turn a good idea into a profitable enterprise.

Most of the time these startups will fail. And the occasional winner (which can soar 10,000% or more) makes up for the losers.

Yet despite the risks and extreme probability of their underlying businesses failing, nearly all of these ICOs continue soaring to new heights.

So either almost every single one of these companies is run by the second coming of Steve Jobs… OR… there’s a massive speculative bubble in the ICO market fueled by a stampede of investors looking to make a quick buck.

Look, despite the bubble, I think the ICO concept is great– it’s an innovative way to decentralize, disintermediate, and disrupt the financial system… which is currently dominated by mega-banks that have a track record of betraying our trust.

Most people don’t realize this, but whenever you buy stocks from your broker, those shares aren’t actually registered to you.

If you buy Apple stock, for example, Apple has no idea who you are. Those shares are held in the name of your broker.

Banks came up with this system long ago because it was easier for them to keep records this way.

Yet in 2017, despite so much technology at our fingertips, they still hold OUR assets in THEIR name.

With cryptofinance, this isn’t the case. Blockchain technology ensures that YOU own your assets, and creates a permanent, publicly accessible record of the transaction.

That technology is a lot more reliable than some useless bureaucrat who claims to be protecting our interests.

People can already go online to Amazon or eBay to buy and sell millions of different products without some government agency inserting a giant bureaucracy into the process.

There’s no reason why we can’t go online to buy and sell investments in the same way.

ICOs are a big step forward in making this happen.

Yes, there will continue to be plenty of fraud and stupidity. And probably even more government clampdowns.

There may be a number of worthless businesses whose tokens take a big hit as a result of these government actions. It might even let a little bit of air out of the bubble.

But, just like cryptocurrency itself, they’re not going to be able to stop the movement. This technology is the future, and it’s only going to get bigger.