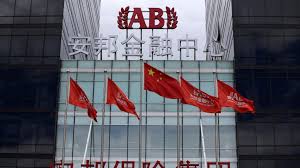 Addressing the “Dialogue of Emerging Market and Developing Countries”, Xi appeared to rebuke the United States’s recent resistance to international agreements – including the Paris climate accord.

He said emerging and developing markets had been the primary engine of global growth and that such countries needed to work closely to build an open world economy.

The leaders of BRICS states and other developing countries are meeting in the southeastern Chinese city of Xiamen.

“Recently, the world economy has taken a turn for the better. International trade and investment has picked up,” Xi said. “At the same time, we must take note that risk and uncertainty in the world economy are also increasing.”

The summit has also given China, the host, its latest chance to position itself as a bulwark of globalisation in the face of U.S. President Donald Trump’s “America First” agenda.

“Multilateral trade negotiations make progress only with great difficulty and the implementation of the Paris Agreement has met with resistance,” Xi said.

“Some countries have become more inward-looking, and their desire to participate in global development cooperation has decreased.”

President Trump has called for improved terms for the United States in ongoing North American Free Trade Agreement (NAFTA) negotiations under threat of leaving the pact, and has said he will withdraw his country from the Paris climate accord.

Xi said on Tuesday that China will contribute $ 500 million for a South-South cooperation assistance fund to help other developing countries deal with famine, refugees, climate change and public health challenges.

The BRICS leaders are joined by observer nations Thailand, Mexico, Egypt, Guinea and Tajikistan, and officials will discuss a “BRICS Plus” plan to possibly expand the bloc to new members.