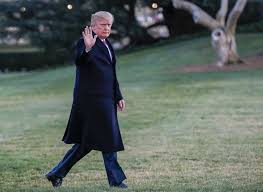 In 2007, near the peak of the real estate bubble, Kushner Companies made a huge leap from New Jersey apartments to Manhattan high rises. Using only a $ 50 million down payment against a $ 1.8 billion purchase price, with financing including short-term, high-interest loans, they purchased the office-and-retail tower at 666 Fifth Avenue.

Within two years, the global financial crisis had sent New York rents into a tailspin. While Kushner representatives downplay the risk, an exhaustive new report by Bloomberg details how the purchase has since become an albatross. Jared Kushner stepped away from the family business to become a senior adviser to his father-in-law, President Donald Trump, and foreign money may be crucial to salvaging the Kushner investment, raising concerns that Jared Kushner could mix his family’s business with the nation’s.

Since the purchase, the 5th Avenue property has rarely generated enough income even to finance its own debt. According to Bloomberg, $ 1.1 billion in mortgage principal remains outstanding even after the selloff of large parts of the building, with the debt now shared by the Kushner Companies and a partner, Vornado Realty Trust. The Kushners’ plan to save their investment now hinges on demolishing the current building, which real estate experts describe as outdated, and rebuilding.

The new development would include five floors of luxury retail and more modern floor plans than the current building, but could cost as much as $ 4 billion to realize. To fund that plan, the Kushners have for five years been canvassing potential investors. Because the plan is so high-risk, according to Bloomberg, those prospective partners are primarily international players looking for a foothold in the U.S. market.

Early efforts to recruit Israeli and French investors failed, but more opportunities seemed to open up as the Trump campaign gained traction through 2016. Those included meetings with Qatari, South Korean, and Chinese entities with varying degrees of connection to those country’s governments. These led to two tentative offers, one of which – from a Chinese insurance company with close ties to the ruling Communist Party – fell through under public scrutiny.

The CEO of a Saudi-owned real estate developer told Bloomberg that there’s at least one simple reason none of the investments came through: the business plan for a revamped 666 5th Avenue calls for more revenue, particularly from luxury retail tenants, than even the New York City real estate market could provide.

The situation has exposed Jared Kushner in particular to intense scrutiny from federal investigators and political opponents. Particular attention has been paid to a December meeting involving Kushner and Russian officials, including the head of a state-owned Russian bank. The meeting has been described in conflicting terms as concerning either the Trump administration, according to Jared Kushner and the White House, or the Kushner family business, according to the Russians.

The principal on the 666 5th Avenue mortgage comes due in February 2019. According to Bloomberg, Vornado’s deal could put it in a position to become sole owner of the property in the event of a default or restructuring.