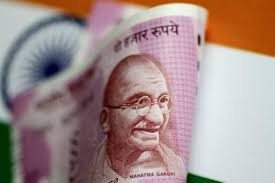 India’s stronger currency has become a threat for its growth aspirations, piling pressure on the central bank to aggressively intervene in the foreign exchange market even at the risk of incurring the wrath of the United States.

The rupee has risen more than 6 percent this year against the dollar, snapping six consecutive years of depreciation, with the impact magnified by the decline of many competitors’ currencies against the greenback over the same period.

That is weighing on an economy that is struggling to cope with disruption caused by ambiguous rules of a recently launched Goods and Services Tax (GST), and has yet to fully recover from Prime Minister Narendra Modi’s crackdown on “black money”.

While the rupee’s surge is being driven by strong capital inflows lured by India’s economic and political stability, it is making the country’s exports less competitive and is also driving up imports, prolonging a slump in manufacturing.

5.7 percent in the June quarter, data released on Thursday showed, its slackest pace in more than three years.

“(The) rupee is now really hurting growth,” said Pronab Sen, the former Chief Statistician of India and now a country director for think-tank International Growth Center. “It is about time India does something about it, else we will have to brace ourselves for an extended spell of weak growth.”
HANDS-OFF APPROACH

Previously, strong rupee appreciation would prompt policymakers to talk down the currency. But that has been absent under Modi, as many of his cabinet colleagues are keen to project the rising rupee as an endorsement of the Indian leader’s economic stewardship.

But with slowing export earnings threatening jobs and double-digit imports growth hollowing out Modi’s signature ‘Make in India’ program, some officials are calling for action.

In its mid-year economic survey, the finance ministry last month cited exchange rate appreciation as one of the downside risks for Asia’s third-largest economy.

Thursday’s GDP figures have only reinforced those concerns.

“A call will have to be made sooner rather than later whether the economy can afford the rupee at these levels,” said a senior government official.
STRUGGLING EXPORTERS

Indian policymakers were banking on an improving global economy to lift demand for Indian goods, helping improve capacity utilization levels at Indian factories, which are running nearly 30 percent below their capacity

Those hopes, however, have been belied as merchandise exports growth has slumped to 3.9 percent year-on-year from near 28 percent growth in March.

While overseas shipments have been hurt by rising protectionism and the uncertainty created by the GST, a stronger rupee has not helped the cause either.

The Indian currency appreciated 4 percent against the dollar during the last quarter, whereas the Chinese yuan and Malaysian ringgit depreciated by 1.9 percent and 2.9 percent, respectively.

Ajay Sahai, head of the Federation of Indian Export Organizations (FIEO), says this price differential of nearly 6 percentage points made it tougher to compete with Chinese exporters in non-branded segments such as tiles, leather and garments.

“This price gap is good enough for a company like Wal-Mart to shift its orders to other locations,” Sahai said.

Service exports – a strength of the Indian economy thanks to the success of outsourcing firms such as Infosys Ltd (INFY.NS) and Tata Consultancy Services (TCS.NS) – are more vulnerable to the rupee’s rise.

In a recent report, citing a report by the Reserve Bank of India (RBI), DBS Bank said every 1 percent rise in the rupee would affect the bottom-line of information-technology and outsourcing companies by as much as 40 basis points.
NO EASY OPTIONS

The central bank has so far confined its interventions in the foreign exchange markets to efforts aimed at minimizing volatility rather than capping the currency.

But buoyant capital flows are not only putting appreciation pressure on the rupee, they are also flushing the financial markets with excess liquidity, which could pose challenges for the central bank’s monetary policy.

With inflation way below its medium-term target, the RBI could look to cut interest rates to prevent further currency appreciation. It could also aggressively cap the rupee by buying dollars to build foreign exchange reserves.

Such measures, however, could complicate the RBI’s inflation management and potentially also put India on Washington’s currency watchlist.

The U.S. Treasury is mandated by law to initiate special currency talks with any country that has “material” current account and “significant” bilateral trade surpluses, and persistent, one-sided intervention in foreign exchange markets.

If a country meets two of the three conditions, it will be put on the monitoring list. India already runs a trade surplus of more than $ 20 billion with the United States.

The South Asian nation is currently not on the monitoring list, but President Donald Trump has ordered an investigation into the causes of the U.S. trade deficit with 12 of its trade partners, including India.

“There are no easy options,” said the government official.