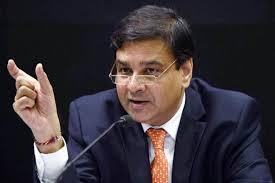 MUMBAI (Reuters) – Reserve Bank of India (RBI) Governor Urjit Patel on Thursday reiterated his warnings about the consequences of waiving farm loans for distressed farmers, saying it led to higher government spending and had an adverse impact on lenders.

A number of state governments, including Maharashtra and Uttar Pradesh, have announced farm loan waivers worth billions of dollars this year as farmers in the Asia’s third-largest economy continue to suffer from erratic monsoons and poor access to facilities such as crop insurance.

Political analysts say the waivers are also a way to woo rural voters – a key constituency for political parties.

But RBI Governor Patel, in a speech on agricultural debt released Thursday, repeatedly warned about the consequences of such waivers, though acknowledging he was aware of “the acute distress that farmers face.”

Patel said such waivers lead to “higher than budgeted revenue expenditure” given states use public funds to repay banks holding the farm loans, thus stretching fiscal deficits and steering money away from needed functions such as capital spending.

He also warned banks are impacted as they must wait for governments to repay the farmer loans, preventing the lenders from new lending in the interim period.

Patel has largely stayed out of the limelight since taking the helm of the RBI in September 2016, unlike his predecessor Raghuram Rajan who gave frequent speeches.

But Patel has been especially vocal on his criticism of farm loan waivers, and his warnings about its economic consequences.