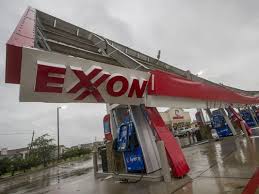 Gasoline prices surged to two-year highs on Monday as Tropical Storm Harvey knocked out several refineries and disrupted fuel production, while a back up in crude supplies pushed U.S. crude oil futures down more than 2.5 percent.

“This flooding issue could be a persistent issue with the staff unable to repopulate the facilities,” said John Kilduff, partner with energy hedge fund Again Capital in New York. “Gasoline inventories could decline rapidly if we get an extended shutdown.”

The WTI discount versus Brent expanded to as much as $ 5.64 per barrel, its widest in two years.

Harvey, the most powerful hurricane to hit Texas in more than 50 years, killed at least two people, caused large-scale flooding and forced closure of Houston port and several refineries.

The U.S. National Hurricane Center said Harvey was expected to linger through Tuesday, with floods spreading from Texas eastward to Louisiana.

“If (U.S.) refineries shut down for more than a week, Asia will need to run at a higher level, because there’s no spare capacity in Europe,” said Olivier Jakob, managing director of Petromatrix.

In Libya pipeline blockades by militia brigades have slashed the OPEC state’s output by nearly 400,000 bpd.

The market was also waiting for data on U.S. crude and refined product inventories. The American Petroleum Institute (API) releases its data on Tuesday, and the U.S. government data is due on Wednesday.