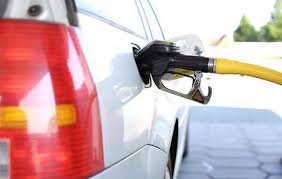 What Hurricane Harvey will mean for gas prices

At least 10 refineries have been knocked offline by historic flooding in the Houston and Corpus Christi regions. The outages in America’s energy hub will significantly curtail the supply of gasoline.
Gasoline futures, which reflect wholesale prices to gas stations, jumped 3% on Monday. While significant, that represents a much calmer reaction than the initial 7% spike on Sunday night.

It can take about a week for big changes in futures prices to hit drivers at the pump. Tom Kloza, head of global of energy analysis at the Oil Price Information Service, said he expected retail gas prices to go up about 15 cents a gallon, perhaps more along the Gulf Coast.

“This is not going to have an apocalyptic impact on what we pay at the pump,” he said.

The flooding has interrupted about 16% of U.S. refining capacity, which translates to about 785,000 gallons of gas lost each day, Goldman Sachs analysts wrote in a research report.

The “slow moving nature of the storm will likely lead to these shutdowns continuing in coming days and may generate persistent damage as well,” the analysts wrote.

Kloza said retail prices haven’t gone up more significantly because gas stations “don’t want to be the evil guy who raises prices during the storm.”

Thankfully, gas price spikes after hurricanes tend to be fleeting.

After hurricanes such as Katrina, Rita, Ike and Isaac, gasoline prices peaked within two weeks of landfall, at 20 to 80 cents per gallon higher, according to PIRA Energy.

More good news: Gasoline markets aren’t freaking out. One reason is that there are ample stockpiles of gas, which helps compensate for the loss of Gulf Coast refineries. Other major storms took place before the U.S. oil boom, when inventory was much lower.

It also helps that few major U.S. refiners have reported extensive damage from Harvey so far.

Valero(VLO) said it did not have “substantial refinery impacts” at its Corpus Christi and Three Rivers facilities. The company said it’s working with the government to evaluate whether the local infrastructure — such as roads, power and ports — will allow the refineries to resume operations.

Goldman Sachs also predicted that the economic damage to the Gulf Coast will cause a drop in driving that outweighs the loss of the refineries — in other words, that the storm will be a bigger hit to demand for gas than supply.

“Houston is one of the country’s largest cities and has a very large gasoline demand,” said Rob Smith, a director at IHS Markit. For all intents and purposes, there’s little to no gasoline consumption in that market right now.”

Meanwhile, Harvey caused the price of oil to tumble 2.4% on Monday to $ 46.75 a barrel. The slump reflects less demand for oil due because of the refinery shutdowns.

The ultimate effect on gas prices may depend on how long it takes for the Gulf Coast refineries to power up again. Severe damage, power outages or long infrastructure delays could make the supply shortages worse — and thus drive up prices.

It also depends on where Harvey goes next. Forecasters warn that the storm may cause historic flooding in Louisiana, another low-lying state that is critical for refining. The New Orleans-Baton Rouge region is home to 10 refineries that can process up to 2.6 million barrels of oil per day, according to the Oil Price Information Service. That represents another 13% of total U.S. refining capacity.