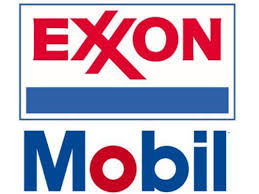 An ExxonMobil oil refinery near Houston was damaged by the remnants of Hurricane Harvey, and the company says chemicals could be released into the air.

Exxon(XOM) said a roof at the facility in Baytown “partially sank” because of heavy rain.
A report filed with Texas environmental regulators said Exxon expects air emissions linked to the damage will end by Friday at the facility. Exxon shut down the refining and chemical complex and said it was taking action to “minimize emissions.”

Exxon declined to give details about the extent of the damage other than to say it plans to assess the full impact “once it is safe to do so.”

Baytown is one of at least 10 oil refineries along the Texas Gulf Coast that have been knocked offline by the historic rainfall caused by Harvey since Friday. Parts of Texas have reported 30 inches of rain, with more to come.

The flooding has interrupted 16% of U.S. refining capacity, or about 785,000 gallons of gas lost each day, according to Goldman Sachs. Gasoline futures climbed to two-year highs on Monday because of supply concerns, and analysts predict higher prices at the pump in the coming days.

Other refineries on the Gulf Coast have reported no major damage so far.

Valero(VLO) said its Corpus Christi and Three Rivers facilities did not suffer “substantial refinery impacts.” LyondellBasell (LYB) said its Houston refinery was not damaged, but it trimmed operations because of “logistical constraints” in the Houston Ship Channel.

Exxon’s Baytown facility is the second-biggest refinery in the United States, behind only a Saudi Aramco facility at Port Arthur, Texas. Baytown can process up to 584,000 barrels of crude oil per day. It sits on about 3,400 acres along the Houston Ship Channel and employs about 7,000 people.

Earlier this year, a Texas court ordered Exxon to pay $ 20 million in fines for “serious” violations at Baytown that caused the release of about 10 million pounds of pollutants into the atmosphere. A judge ruled that Exxon violated the Clean Air Act 16,386 times between October 2005 and September 2013. Exxon said at the time that it disagreed with the finding.