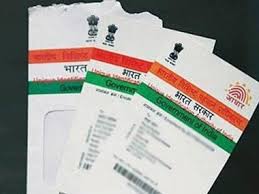 Timeline: India’s push to broaden use of its biometric database

India’s Supreme Court ruled on Thursday the right to privacy is a fundamental right protected by the Indian Constitution, in a potential setback to the government’s push to mandate the use of Aadhaar, or unique ID numbers for a variety of routine tasks.

Over a billion Indians have already registered for Aadhaar cards, which ascribe unique ID numbers, and record fingerprints and iris scans of each person. The database was originally set-up to streamline welfare benefit payments and reduce wastage.

The current government however, has been keen to mandate the use of Aadhaar for everything from the filing of income taxes to the operating of one’s bank accounts. Below is a timeline on the various Aadhaar developments:

December 2006: Empowered Group of Ministers (EGoM) constituted to collate two schemes -the National Population Register under the Citizenship Act, 1955 and the UID scheme.

2007: At its first meeting, the EGoM recognises need to create a residents database. This leads to the creation of Aadhaar.

September 2013: Supreme Court passes interim order stating no person should suffer for not having an Aadhaar card.

March 2014: The Supreme Court revokes orders made by agencies demanding Aadhaar for welfare schemes. Court also forbids UIDAI from sharing information in the Aadhaar database with any agency without the individual’s consent.

August 2015: Three-judge bench of Supreme Court limits use of Aadhaar to certain welfare schemes, orders that no one should be denied benefits for lack of an Aadhaar card. It refers question of right to privacy as a fundamental right to a constitution bench.