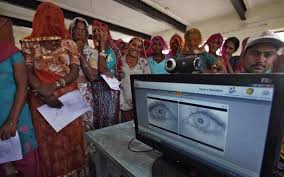 The Supreme Court ruled on Thursday that individual privacy is a fundamental right, a verdict that could derail the world’s largest biometric ID card programme now under way.

A nine-member bench heard petitions denouncing the mandatory use of national identity cards, known as Aadhaar, as an infringement of privacy. There have also been concerns over breaches of data.

“The judgment read out so far only says that the right to privacy is a fundamental right, protected by Article 21 (of the constitution on the right to life and personal liberty),” Prashant Bhushan, a senior lawyer who was party to the case, told reporters. “Any law, like the Aadhar Act or any other law, which seeks to restrict the right to privacy will have to be tested on the touchstone of Article 21.”

Critics say the Aadhaar identity card links enough data to create a comprehensive profile of a person’s spending habits, their friends and acquaintances, the property they own, and a trove of other information.

The government has argued that the Indian constitution, which came into effect in 1950, does not guarantee individual privacy as an inalienable fundamental right.

The judgment also has a bearing on broader civil rights as well as a law criminalising homosexuality. A ban imposed on the consumption of beef in many states and alcohol in some could also come up for review.