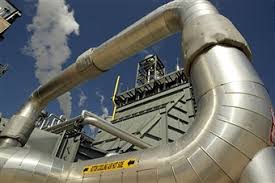 Power generator Calpine Corp (cpn), which owns some 80 power plants across the U.S. and Canada, said it has agreed to be bought by a group of investors led by Energy Capital Partners for $ 5.6 billion, having struggled in recent months with persistently low power prices.

The all-cash $ 15.25 per share offer represents a 13 percent premium to Calpine’s closing price on Thursday, and the company’s shares were up 9.7 percent at $ 14.81 in premarket trading on Friday.

Wholesale power prices have stayed at depressed levels this year due to cheap natural gas, growth in renewable energy and, in some states, subsidized nuclear power. Calpine, which relies mostly on natural gas to generate power, recently blamed near-record levels of hydro generation for a decline in output at its own plants in the second quarter.

Calpine said in July it was looking at strategic alternatives, including a sale, after reporting losses for three straight quarters. Energy Capital, a private equity fund which largely invests in energy infrastructure, is also the biggest shareholder in Calpine’s rival Dynegy (dyn).

The circle of investors buying Calpine also includes Access Industries, owned by Soviet-born billionaire industrialist Len Blavatnik, and Canada Pension Plan Investment Board (CPPIB), the country’s biggest pension fund. CPPIB, which has been actively expanding its energy assets in international markets, said it would invest $ 750 million in the Calpine deal.