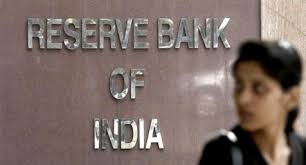 More than $ 150 billion of bad debt is crimping credit growth in Asia’s third-largest economy and the government and central bank have been trying to ease the burden on state-run lenders, which account for 70 percent of all lending, to get more credit flowing.

Patel said that the regulatory challenges of tackling bad loans were compounded by the weak capital position of some banks, particularly those owned by the government.

“The success and credibility of all the resolution efforts would be critically contingent on the strength of public sector bank balance sheets to absorb the costs,” Patel told a conference in Mumbai.

“The government and the Reserve Bank are in dialogue to prepare a package of measures to shore up capital in a time bound manner.”

Extra capital could be raised either by getting funds from the market, through the government diluting its stake in state-run banks, through additional government capital infusions, or the sale of non-core assets and mergers among lenders, he said.

“The early signs are encouraging. However we all must realize it will be a long haul before the intended objective are fully achieved,” the governor said.

Patel also said that banks, whose weak lending discipline he blamed for the mountain of problem loans, would need to take haircuts as they tackle bad debts.

Moody’s Investors Service said in June that the 11 Indian state-run banks that it rates could need up to 950 billion rupees ($ 14.8 billion) in equity capital by March 2019, far above the 200 billion rupees the government plans to inject into state banks by then.

The central bank in June identified 12 of India’s biggest loan defaulters and said creditors must pursue bankruptcy proceedings against them, part of a new bankruptcy regime that regulators are compelling lenders to use to recover debts.

India’s Finance Minister, Arun Jaitley, said on Saturday that effective supervision was needed to ensure a company’s functioning did not come to a standstill, and that its valuable assets were preserved, during the insolvency process.