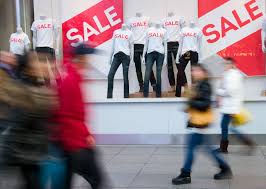 On Sunday, my wife and I went to the farmer’s market. We picked up a small batch of olive oil that we like and some grilling supplies.

But I’ll be honest… those weren’t the real reasons I wanted to go.

No, the real reason is that a local pie company owned by a Food Network alum has a booth there. And I really love the pies.

Even better, I know that a whole pie costs significantly less at the farmer’s market – $ 25 – than going to one of the company’s shops in D.C. or Baltimore where I would spend $ 30.

Or I can buy a big wedge slice for $ 5, which is also a discount compared to the store price. (Obviously, the whole pie is the best value. But sometimes, I just can’t trust myself with an entire pie.)

As an added bonus, going to the farmer’s market instead of traveling into Chinatown or Northeast D.C. saves me a 30-minute drive.

The point I’m trying to make is this…

At our heart, so many of us are bargain hunters. We buy marked-down items from the supermarket and clothing outlets. Clearance sales draw us in like moths to a flame.

But as investors, it’s important that we know and understand the difference between temporarily undervalued shares and those that are permanently in decline.

Today, I’m going to share a unique technique I use to determine the value of high-growth opportunities. It starts with price-to-earnings (P/E) ratios…
“What’s an Ideal P/E Ratio?”

A lot of investors make noise over P/E. I’ve listened to folks complain that they won’t buy shares of a certain company because its P/E ratio is too high. In their view, it means shares are way overvalued. But that’s not quite right.

To begin, a company’s P/E ratio is backward-looking. You’re looking at how the shares are priced compared to its performance over the last 12 months.

However, the market is forward-looking. This is why a company can beat on earnings but shares get pummeled on guidance.

The past is the past. The future is what’s important.

Beyond this, some sectors simply have low P/E ratios (like utilities). Others have high ones (like technology stocks). There is no “perfect” P/E ratio. Yet it’s a question I get often… “What’s an ideal P/E ratio?”

My answer? “It depends.”

Others claim investors should buy only stocks with P/E ratios lower than 8.0 because they’ll provide the best returns over the next 12 months. Here are some examples of sub-8.0 stocks…

This strategy is pretty much akin to buying the “Dogs of the Dow.” They’re the worst-performing blue chips and stocks. The idea is that they’ll rise over the next year because things can’t get any worse.

Maybe some of those companies will have a better 2018. Then again, maybe some of them are heading the way of Blockbuster and RadioShack.

For me, because P/E ratios are industry-specific, you have to dig a little deeper to determine value and true growth.

My first rule of thumb: If the forward P/E is higher than the current P/E, avoid the company. Because what that means is shares are currently “more expensive” compared to future growth.

For example…
Why the Big Picture Matters

That means its profitability is expected to surge.

Amazon is interesting because we can throw it into several categories, but we’ll use retail for today’s comparison. Let’s look at Wal-Mart (NYSE: WMT).

Currently, it has a P/E of 18.61. Investors love those low P/Es. It seems like a “steal” at current prices.

In its most recent quarter, Wal-Mart’s revenue increased 1.4%, while EPS increased 2%. And revenue is projected to increase by a maximum of 2% next year.

That’s not very impressive, is it? The devil is always in the details.

A valuation metric like P/E can’t be used as an end-all analysis. Like everything else, it’s just one slice of a larger pie that you have to take into consideration.

I wouldn’t buy shares of Wal-Mart, Office Depot, GameStop or Bed Bath & Beyond (Nasdaq: BBBY) over Amazon just because of their lower P/E ratios. Their growth prospects aren’t that exciting to me.

We always have to take into account the bigger picture. It requires some work, but believe me… it’s well worth it.

I’m not alone on this, either. Next Wednesday, Alexander Green will host an exclusive webinar in which he profiles some of history’s most successful value investors… and shows you how to replicate their successes. Click here to sign up.