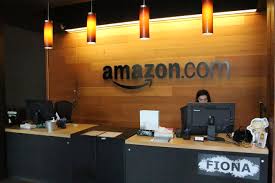 Trump vs. Amazon: The businessman president?

Donald Trump fashions himself as a CEO president. But he’s feuding with one of America’s most famous, most respected and wealthiest business leaders — Amazon’s Jeff Bezos — mainly because the company is so successful.

In his latest attack on Amazon, Trump said on Twitter early Wednesday that Amazon “is doing great damage to tax paying retailers. Towns, cities and states throughout the U.S. are being hurt – many jobs being lost.”
While it is true that Amazon (AMZN, Tech30) has wreaked havoc on the traditional retail industry. Macy’s (M), Kohl’s (KSS) and JCPenney (JCP) are among the many big department stores that recently reported lousy results.

Trump’s tweet about Amazon came several hours before he disbanded two advisory groups that included the CEOs of many big U.S. companies — a decision that followed Corporate America’s criticism of Trump’s response to the violence in Charlottesville.

Bezos was not a member of either of those councils, which had a particular focus on how to create more jobs for American workers. But Amazon is thriving. And hiring.

According to the most recent data on retail sales from the U.S. Census Bureau, sales at “nonstore retailers” — a category that includes Amazon and other e-commerce sites — surged 11.5% last month from a year ago.

The president is also correct to note that the changing landscape of retail is hurting some American workers.

According to the most recent figures on layoffs from Challenger, Gray & Christmas, retailers have announced nearly 64,000 job cuts through July — up 46.7% from a year ago.

But Trump is going overboard by saying that the country is suffering because of Amazon’s dominance. Layoffs are just one part of the story. Many other retailers are doing extremely well — and they are hiring.

Overall retail sales were up a healthy 4.3% from July 2016. Consumers are still shopping until they drop — and not just at Amazon.

For one, the rise of Amazon has appeared to reinvigorate Walmart (WMT), the nation’s biggest private employer. The company has employs more than 1.5 million people in the United States and 2.3 million around the world.

Amazon is doing great damage to tax paying retailers. Towns, cities and states throughout the U.S. are being hurt – many jobs being lost!
— Donald J. Trump (@realDonaldTrump) August 16, 2017

Walmart has made a bigger push into online retail in recent years through acquisitions, and it’s been rewarded by Wall Street.

And Target, which has struggled lately, might finally be showing signs of a turnaround, too. It reported surprisingly strong results Wednesday morning, led in large part by digital sales growth.

What’s more, Amazon is a big job creator. The company employed 382,400 people worldwide as of the end of July, up from 268,900 a year ago. That’s a 42% increase. And its workforce will grow more when it completes the acquisition of Whole Foods (WFM).

Amazon was not immediately available for comment about how many jobs it has added in the United States in the past year.

The president’s comment about Amazon hurting taxpaying retailers seemed to be yet another suggestion that Amazon does not pay taxes — an assertion he has made, incorrectly, for more than a year.

Amazon paid $ 879 million in income taxes in the 12 months that ended in June, according to its latest quarterly filing with the Securities and Exchange Commission. In that filing, Amazon also indicated that it expected its future taxes to increase.

Bezos was one of several tech CEOs to meet with Trump at the White House in June to talk about jobs and other big issues important to the industry.

Nevertheless, Trump pursues the feud with Bezos. He tweeted in December 2015 that Amazon was a “no profit” company that would “crumple like a paper bag” if it had to pay fair taxes.

This also is not true. Amazon does pay taxes, and it posted a profit (not a loss) of nearly $ 2 billion for the 12 months ending in June.

Trump added that he thought Bezos was using his ownership of The Washington Post as a “big tax shelter” for Amazon. That, too, is wrong. Bezos owns the paper as a personal investment. It’s not an Amazon subsidiary.

Bezos, who is currently worth about $ 84 billion according to Forbes and Bloomberg, responded by jokingly offering to send Trump into orbit on a rocket owned by his space exploration company, Blue Origin.