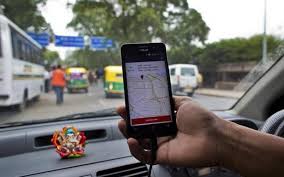 Uber Technologies Inc. is in exclusive talks to line up funding from four investors, but a deal, which could reach as much as $ 12 billion, hangs on the outcome of a courtroom brawl between two board members.

An investment is expected to raise $ 1 billion to $ 1.5 billion for Uber at the same valuation from last year, said the people, who asked not to be identified because the discussions are private. A second component of the deal would allow a swath of current shareholders to cash out at a lower price than the current valuation. Investors could spend $ 2 billion to $ 10 billion buying out shareholders’ stock, a wide range that depends on demand from sellers, said one of the people.

A transaction hangs on Uber’s ability to resolve an ongoing fight between two of the company’s largest shareholders and most influential board members, two of the people said. Venture capital firm Benchmark is suing Travis Kalanick, the former chief executive officer who was ousted in June. Benchmark claims Kalanick defrauded investors and withheld information from directors when he sought to create three board seats last year, according to the complaint. Kalanick denied the allegations in a statement and said he was “disappointed and baffled by Benchmark’s hostile actions.”

New investors may be given the power to appoint as many as two representatives to Uber’s board, the people said. But the lawsuit poses major complications. An outstanding question is whether Kalanick would relinquish his seat or the two empty ones under his control, which is the focus of Benchmark’s suit, or whether new seats would be created. Two people said Kalanick is supportive of an investment involving SoftBank, which has a mega fund of nearly $ 100 billion to spend on technology deals.

A group of three smaller Uber stockholders, led by Kalanick’s friend Shervin Pishevar, came to the former CEO’s defense on Friday. They want to buy most of Benchmark’s stock and take its board seat. Pishevar is looking to secure a loan for investors to finance the purchase of shares independent of the main deal, a person familiar with the matter said. The San Francisco-based company sees such an agreement as unlikely because it wouldn’t approve transactions that prioritize certain shareholders over others, people familiar with the matter said. A spokeswoman for Pishevar declined to comment.

If Uber’s directors can resolve their dispute quickly, the two-pronged deal would allow the company to retain its valuation of about $ 70 billion on paper, while also giving panicked shareholders a way out. The four would-be investors in the new funding round are currently in the due-diligence period, and terms of the deal are still being discussed. The amount spent on shareholders’ equity and the price for their stock will depend on seller interest, the people said.

SoftBank is a major backer of ride-hailing companies in India, Southeast Asia and China. Didi and Uber agreed to a cease-fire in China a year ago and became mutual shareholders in each other’s businesses. Uber remains in a fierce, money-losing fight with India’s Ola and Southeast Asia’s Grab. A truce with either company isn’t an immediate condition of an investment from SoftBank, the people said.

The largest investor in SoftBank’s $ 93 billion Vision Fund is Saudi Arabia’s sovereign wealth fund, which is already a major Uber backer. That has added pressure to keep the value of the direct investment in Uber at the same level as the last round, even though the bulk of the transaction will be at a lower stock price. SoftBank and Didi are expected to contribute the majority of Uber’s planned financing, one of the people said.

The search for a CEO to replace Kalanick continues in parallel with negotiations over the funding. A 14-person management committee is currently running the business, though one member, Ryan Graves, plans to leave the company in a month. Meanwhile, a subcommittee of Uber’s board led by media mogul Arianna Huffington is overseeing the hunt for a new chief. General Electric Co. Chairman Jeffrey Immelt remains a serious candidate, people with knowledge of the process said. The company is also considering at least three other people, whose names couldn’t be learned.

Kalanick recently told colleagues he doesn’t intend to come back as CEO anytime soon, but he may want to join the company in an advisory role working with the next chief, two people said. Uber still hopes to name a new leader by early next month, an aggressive deadline given the prolonged turmoil surrounding the company.