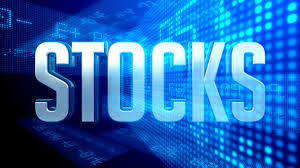 A vote of confidence from Berkshire Hathaway helped send the market value of a recently down-in-the-dumps stock up by $ 1 billion overnight.

On Monday, behemoth helmed by Warren Buffett revealed a new 2% stake in the lender and store credit card issuer Synchrony. That pushed shares of the company up 4%, giving it a market capitalization of about $ 25.4 billion by midday trading on Tuesday.

Synchrony Financial, which spun off from GE roughly two years ago, has been far from a Wall Street darling. While the company’s stock soared along with its banking peers following the election of President Donald Trump in November, its 2017 has been less forgiving. In the last seven months, Synchrony shares have shed about 15% as investors lost confidence in some Trump campaign promises — and began to worry about Synchrony’s volume of bad loans. This even as the S&P 500 has continued its rise during that same period, jumping 10% in the first seven months of the year as tech stocks led a market rally.

But jumping on an underperforming stock would suit Buffett’s investing philosophy, be “greedy when others are fearful.” And Synchrony certainly spooked investors after signaling that it was setting aside more than expected to cover losses from borrowers failing to pay loans in the first quarter. Wall Street worried that it was a sign credit card companies were loosening standards and making loans to borrowers that couldn’t afford it.

Still, that lackluster earnings report may have provided a buying opportunity for investors who don’t think consumer credit will continue to weaken. Berkshire Hathaway took on a stake of 17.5 million shares, worth about $ 540 million by midday trading. And by one metric, Berkshire bought Synchrony cheap. While the S&P 500 has a price-to-earnings (PE) ratio of about 22 today, and Synchrony’s peers claim a PE ratio of 16, Synchrony’s investors currently pay only about $ 12 for $ 1 of earnings.

Separately, Berkshire Hathaway also sold its stake in Synchrony’s former parent, GE, in the second quarter. Berkshire also added to its of Bank of New York Mellon, now worth $ 2.6 billion; General Motors, a stake now worth $ 2.1 billion; and Apple, a stake worth $ 18.8 billion.