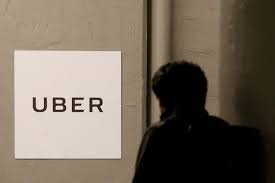 A group of Uber investors has asked that venture capital firm Benchmark Partners give up its spot on the embattled taxi company’s board of directors, according to a letter obtained by Fortune.

The alliance also asked Benchmark to divest a majority of its shares “so as to cease to have Board appointment rights.”

The letter, signed by Shervin Pishevar, Ron Burkle of Yucaipa Cos, and Adam Leber of Maverick, was sent to Benchmark and Uber’s board on Friday.

The note comes one day after Benchmark sued former Uber CEO Travis Kalanick for fraud and on the same day as the board is scheduled to convene.

The full text below:

As a group of shareholders of Uber Technologies, Inc. (the “Company”) we were surprised and distressed to learn through the media of the lawsuit brought by your firm against the Company, and its founder and former Chief Executive Officer Travis Kalanick.

Naturally, we share your concerns about the problems that the Company has confronted in recent months, but we are greatly concerned about the tactics employed by Benchmark to address them, which strike us as ethically dubious and, critically, value-destructive rather than value enhancing.

Specifically, we do not feel it was either prudent or necessary from the standpoint of shareholder value, to hold the company hostage to a public relations disaster by demanding Mr. Kalanick’s resignation, along with other concessions, on a few hours’ notice and within weeks of a personal tragedy, under threat of public scandal. Even less so your escalation of this fratricidal course – notwithstanding Mr. Kalanick’s resignation – through your recent lawsuit, which we fear will cost the company public goodwill, interfere with fundraising and impede the critical search for a new, world-class Chief Executive Officer. Benchmark has used false allegations from lawsuits like Waymo as a matter of fact and this and many other actions have crossed the fiduciary line.

Benchmark’s investment of $ 27M is worth $ 8.4 billion today and you are suing the founder, the company and the employees who worked so hard to create such unprecedented value. We ask you to please consider the lives of these employees and allow them to continue to grow this company in peace and make it thrive. These actions do the opposite.

Accordingly, we would request that Benchmark help the Company realize its full potential by allowing the necessary work to be done in the Board Room rather than the Courtroom. To this end, at this point, in light of your suit against the Company, we believe it would be best, and hereby request, that Benchmark remove its representative from the Company’s Board and move promptly to divest itself of enough shares in the Company so as to cease to have Board appointment rights. We have investors ready to acquire these shares as soon as we receive communication from Benchmark that they are willing to withdraw their lawsuit and sell a minimum of 75% of their holdings.

We are also asking for a symbolic Board of Directors vote on this matter at today’s Board meeting to show how the Board of Directors stands on this lawsuit brought against the company, its founder and the 15,000 employees of Uber who have all worked so hard in concert to create the fastest growing company in history.