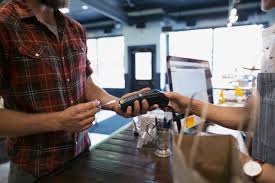 Those Credit Card Rewards Could Cost You More Than You Think

Citigroup Inc. just unveiled an updated version of its premium credit card, the Citi Prestige. The new card is made of metal—like its direct competitors, Chase Sapphire Reserve and American Express Platinum—and comes with attractive perks including free nights at hotels, an annual $ 250 air travel credit, and a sign-up bonus of 75,000 points, which, according to Citi, are worth $ 935 in air travel.

That’s a dramatic increase from the Prestige’s previous minimum of $ 4,000 over the same time frame. Citi, the world’s largest issuer of credit cards, isn’t the only bank making it harder to qualify for sign-up bonuses. When American Express Co. relaunched its Platinum card in March, the minimum spending requirement jumped from $ 3,000 to $ 5,000.

Spending a couple thousand dollars a month on a card is no problem for the affluent, globe-trotting customers who are the traditional audience for premium cards. But it’s a much heavier lift for the younger customers who have recently been flocking to the cards.

“It’s going to considerably shrink the size of the audience that would be receptive to that card,” said Matt Schulz, senior analyst at CreditCards.com. “That’s probably the point.” The minimum spending requirement shows whom Citi is targeting with the new offer, he said, and “it’s clearly not your average credit card holder.”

A Citi spokeswoman declined to comment on the Prestige’s spending requirement.

When Chase released its Sapphire Reserve card last year with a sign-up bonus of 100,000 points, it was such a hit with consumers that the bank temporarily ran out of metal to make the cards. That popularity came with a short-term cost, however: JPMorgan Chase & Co. Chief Executive Officer Jamie Dimon said the cards’ perks ended up cutting the bank’s fourth-quarter profit by up to $ 300 million.

Chase’s new card set off a rewards war among major U.S. banks, each competing to win customers with more generous perks. U.S. Bancorp introduced a premium rewards card, the Altitude Reserve, in May. After relaunching the Amex Platinum, American Express said it spent $ 1.9 billion on rewards in the second quarter, the most in at least nine years, while adding 2.7 million new cardholders.

While banks compete for new customers, they also want to make sure they’ll ultimately make money on them. It’s a delicate balance.

By requiring a minimum spend, banks hope “to jump-start your use of the card and hopefully make it your go-to card,” said John Ganotis, founder of Credit Card Insider. Raising the minimum brings in more interchange fees—the small percentage of each credit card transaction retailers pay to banks and card networks—and also potentially boosts interest payments on any debt customers run up. Another goal of raising the minimum, Ganotis said, may be scaring away so-called credit card churners, people who open multiple cards to collect bonuses but don’t become loyal customers.

When card issuers raise minimum spending requirements, they risk turning off these consumers. There’s a limited supply of affluent millennials who can afford the higher spending requirements without overspending or racking up lots of debt. In the most recent U.S. Census Bureau data, the median household income for Americans age 25 to 34 was $ 57,366.

Frank Leppar, 30, would be a prime candidate for the Citi Prestige. A blogger for Loophole Travel and a technology director for a school district, Leppar loves to travel and has built up a stash of reward points from other cards. But Leppar and his wife, a paralegal, “make middle-class money,” he said, so he’s wary of the Prestige’s $ 7,500 spending requirement.

Still, he’s tempted. He already has the Amex Platinum and Chase Sapphire Reserve. “For anyone who travels somewhat regularly, both cards pay themselves off rather quickly,” he said.