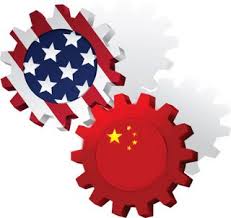 WASHINGTON (Reuters) – U.S. President Donald Trump’s threat to investigate China’s intellectual property and trade practices is valid, but his administration may not be up to the delicate task of carrying out a new China probe without sparking a damaging trade war, U.S. business lobbyists told Reuters on Thursday.

The lobbyists’ fears that Trump could mishandle such an inquiry came as he searched for ways to increase pressure on China to do more about reining in North Korea’s nuclear and missile programs, with trade policy viewed as a useful lever.

Lobbyists said Trump was right to criticize China on trade, but they expressed concern about general disorganization and inconsistency at the White House and warned that Trump might make matters worse with China if he follows through.

“Companies, I think, are rightly concerned about how this administration will handle any sort of enforcement action or investigation given that we have not seen this administration be particularly nuanced or strategic in its approach,” said a technology industry source who asked not to be identified because the issue is still under consideration by the White House ahead of a public announcement.

Trump is expected to issue a presidential memorandum declaring Chinese theft of intellectual property a problem that requires a U.S. response. At the same time, U.S. Trade Representative Robert Lighthizer is expected to launch an investigation based on Section 301 of the Trade Act of 1974.

The White House had been expected to make an announcement on Friday, but it has been postponed.

Section 301, a popular trade tool in the 1980s that has been rarely used in the past decade, could lead to the president unilaterally slapping tariffs or other trade limits on China. The Section 301 process also can bypass the World Trade Organisation procedures for adjudicating global trade grievances. Though widely used worldwide, the WTO process is viewed unfavourably by the Trump administration.

Trump’s willingness to use “obsolete U.S. trade law,” could create problems, said Chad Bown, a trade expert at the Peterson Institute for International Economics, a private think tank. “While the administration has identified a legitimate policy problem, Trump’s proposed solution may only make matters worse.”

As speculation of a Section 301 probe rippled through Washington, a diplomatic deal that includes China appeared to be taking shape at the United Nations on Thursday that would impose stronger UN sanctions against North Korea.

In addition to the United States, the European Union, Japan, Germany and Canada have all expressed concern about China’s behaviour on intellectual property theft. The technology sector has been especially hard hit in IP disputes.

“Our members generally support trade enforcement, but want the administration to be careful those actions don’t lead to a trade war,” said an official with one business trade group, asking not to be identified because the White House had not yet made an announcement.

Business lobbyists have been in talks with the White House on the issue, but some reported uncertainties.

“We’ve been talking with (National Security Council) but frankly for us even, it’s difficult to determine exactly who are the decision makers,” the technology industry source said.

“We just don’t know exactly what the mentality will be or … the decision making or calculus.”