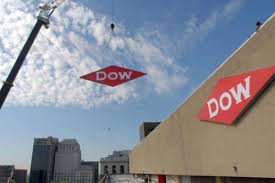 The Dow Jones Industrial average gained another 1,000 points Wednesday, setting another record and topping 22,000 points on the day.

The market has been on the upward trend as of late, thanks to what some are calling “the Trump bump”—a sudden rise in share prices fueled by anticipation of looser regulations and tax cuts—as well as a recovering economy gaining speed. The Dow hit a record of 20,000 points in January, then quickly reached a new peak of 21,000 in March. Since March, the index has risen approximately 4.5% to reach its Wednesday high.

Of the 30 companies included in the average, Boeing, McDonald’s, and UnitedHealth Group emerged as the greatest movers within the last four months. Boeing’s success in the market accounted for 45% of the Dow’s upward mobility since March. Those who purchased Boeing stock when the Dow had just hit 21,000 would have received a 31% return to their investment on Wednesday. Its share price sat at around $ 239 on Wednesday, valued more than any other company on the Dow.

So why is Boeing outperforming its fellow index companies? The time for airlines to order new aircrafts has come. Last week, Boeing said it expected Indian airlines to order up to 2,100 new aircraft over the next year, amounting to an influx of $ 290 billion. The U.S. Air Force is also negotiating the purchase of two Boeing 747’s according to The Washington Post.

Since January’s 20,000-point record, investors have received a 57% return on investment from Boeing, a 37% return on Apple, and a 29% return on McDonald’s.

While the rise in the Dow is looking good, it’s important to keep in mind that the index is not always the most accurate picture of the market, because it limits the index to 30 companies, many of which are industry giants. Year-to-date, the Dow has outperformed the S&P 500, seeing a price change of 11%.