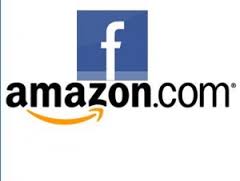 Facebook and Amazon have joined an exclusive club open to only the richest companies in the world: both crossed the half-a-trillion mark.

The combined $ 1 trillion valuation for Facebook and Amazon shows just how euphoric Wall Street has become about the future for these tech juggernauts. The meteoric rise of their stocks — each are up more than 40% this year alone — further enriches these companies’ visionary founders.

Jeff Bezos, 53, started Amazon in 1995 and just surpassed Microsoft (MSFT, Tech30) co-founder Bill Gates on Thursday as the world’s richest person, according to Bloomberg News. Zuckerberg, who is just 33 years old and is a Harvard drop-out, is now worth more than $ 69 billion, according to Forbes.

Facebook’s $ 500 billion milestone looks stunning considering the social networking giant has only been public for five years. But today Facebook boasts more than 2 billion users and generates the vast majority of its money from mobile phones. Savvy acquisitions have also given Facebook control of two of the most popular platforms on the web: Instagram and WhatsApp.

Wall Street seems to be largely unfazed by signs that Facebook may be nearing middle age. The company’s stock soared 5% on Thursday even after it reported the slowest revenue growth in nearly two years.

Amazon has altered the way people shop, creating enormous turmoil for brick-and-mortar retailers in the process. The e-commerce behemoth continues to grow, with sales on this year’s Prime Day shopping holiday spiking 60% compared with last year. Now, Amazon has set its sights on the grocery industry by agreeing to purchase Whole Foods (WFM) for nearly $ 14 billion.