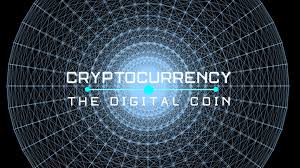 Cryptocurrency Gets Its Biggest Test Yet

In the coming months a startup based in Waterloo, Ontario, is set to kick off a grand monetary experiment, one that will put to the test a new model for business that could prove to be either the web’s next great economic engine, or a multibillion-dollar bubble that’s as combustible as the Hindenburg.

The concept at stake is cryptocurrency, a form of digital money that exists independent of traditional banks or governments. Over the past few months, the market for cryptocurrencies has rocketed to more than $ 100 billion (and fallen back to $ 60 billion) amid extreme enthusiasm and volatility. So-called token sales, or “initial coin offerings,” also known as ICOs, have raised hundreds of millions of dollars, creating substantial fortunes out of little more than ones, zeros, and pitches. The movement’s critics compare it to the tulip-bulb manias of centuries past and say it will end the same way.

Advocates, however, believe cryptocurrencies could represent an important way for tech companies to raise cash. Instead of users trading their time, attention, and energy for free services, while a few supermassive landlord corporations reap all the profits (hello, Facebook (fb)), cryptocurrencies could enable participants to be remunerated for their contributions on the platforms, with yet-to-be-invented moneys. Imagine users getting paid by the “like.”

So far, while their nominal value has soared, cryptocurrencies have mostly been a vehicle for speculators. But in the coming months, for the first time, a mainstream company with an established user base will try its hand at launching a crypto token to its 15 million monthly active users, potentially multiplying by a factor of five overnight the number of people using digital currency, according to estimates by the Cambridge Center for Alternative Finance. The company is Kik, the maker of a chat app favored by American teens, which intends to mint tokens enabling users to transact through its network.

Kik will join more than a hundred early-stage projects­—with names like Brave, Civic, and Tezos—in hosting token sales in order to fund themselves. But Kik hopes to be among the first to get people to use the tokens for something other than trading, flipping, or speculating.

Ted Livingston, founder and CEO of Kik, had the idea for a cryptocurrency in the back of his mind in 2014 when he launched Kik Points, a video-game-like in-app virtual money. The company shuttered the pilot program last year, but Livingston was pleased with it: The points traded hands an average of 300,000 times per day, more than three times the average number of transactions per month on Bitcoin’s network during that time. Kik’s customers mostly used the points to buy “stickers” and “smileys,” but the company intends its new Kin tokens, the batch of to-be-released computer coins, to enable users to do everything from tipping peers, to ordering pizza, to paying for premium content.

Kik plans to mint a total of 10 trillion Kin tokens, selling a trillion to the public, holding on to 3 trillion for itself, and setting aside 6 trillion for a nonprofit that will manage a rewards program for loyal users. “It’s a new way to compete, it’s a new way to monetize, and it’s potentially a new way to exit as well,” Livingston says.

If past ICOs are any indication, Kik’s will bring in a substantial sum no matter what. What industry watchers will be eyeing, however, is whether Kin will actually catch on, fueling a mini-economy within and outside the app. If it works, the experiment could signal to the world the viability of the much-hyped and, until now, mostly theoretical token-based business model.

Success will “pave the way for other traditional companies to do it,” says Jake Brukhman, cofounder of CoinFund, which advises companies, including Kik, on blockchain tech. Indeed, crypto enthusiasts have proposed companies such as Twitter (twtr), Snap (snap), and Reddit as leading candidates for eventual token sales.

Either that, or the movement—which depends on widespread adoption to justify multibillion-dollar valuations—could implode and leave many aspiring entrepreneurs and investors in the dust. For the Internet’s next big thing, that would be a little more than Kin, and less than kind.