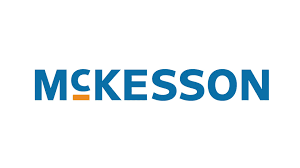 In his 17 years as CEO of McKesson, the nearly $ 200 billion drug distributor that ranks No. 5 on this year’s Fortune 500, John Hammergren has made a lot of money.

He took home $ 639 million in total compensation in the last decade alone, according to company filings. In 2010, he made roughly $ 398,000 a day. His house in the hills of Orinda, Calif., went on the market last year for $ 22.5 million; realty photos of the place showed a four-car garage harboring Ferraris. His $ 97.6 million in total earnings for the 2017 fiscal year (which ended in March) included the $ 285,270 the company reimbursed him for the installation of home security devices and/or security monitoring services.

Hammergren is consistently one of America’s highest-paid executives, and as such, his compensation has been scrutinized and pilloried over the years—in 2013, shareholders overwhelmingly said no to his pay package (something shareholders rarely ever do). But this year, a considerable amount of outrage over the CEO’s compensation is focused on a $ 1.1 million slice of his $ 97.6 million compensation pie—and that outrage is closely related to the country’s spiraling opioid crisis.

The $ 1.1 million is the amount the McKesson board’s compensation committee boosted Hammergren’s annual bonus pay this year—a cherry on top of all that other cash—through the use of an “individual performance modifier,” an assessment that incorporates a range of non-financial metrics including alignment with the company’s much touted “ICARE” principles—Integrity, Customer first, Accountability, Respect, and Excellence. Good behavior, in essence.

The thing is, as Fortune reported in a feature story in June, the company’s behavior hasn’t been so good. McKesson (mck) is currently embroiled in controversy around its role in the opioid epidemic; in January, the company settled, for a record $ 150 million, claims that it had failed to report large numbers of suspicious orders of prescription opioids to the DEA. As a result, McKesson, which accepted some responsibility in the federal settlement, will operate under an independent monitor for the next five years. Meanwhile, in West Virginia—where it shipped more than 100 million doses of highly addictive prescription pain pills in a period of six years—the state Attorney General has sued the company for violating the state’s controlled substances and consumer protection laws, and McKesson faces litigation brought by towns and counties across the state. Along with the nation’s other two major drug distributors, the company is also subject of a Congressional investigation.

McKesson’s testimonials to its purported guiding principles, all the while, is what has really gotten under the skin of some investors who view them as mere lip service.

The International Brotherhood of Teamsters owns shares in the company through its pension and benefit funds. In a letter sent late last week to fellow McKesson shareholders, the union took aim at the issue: “It is staggering that Hammergren received a $ 1.1 million boost to his bonus just months after the company announced it had reached a record $ 150 million settlement with the DEA in a year the company faces mounting litigation, negative press and Congressional scrutiny.” Noting the executive received the same 150% upward adjustment to his bonus the previous four years, the union implored shareholders to vote against Hammergren’s compensation package at the company’s upcoming annual shareholder meeting on July 26. (These votes are non-binding but theoretically inform the board for future consideration.)

The letter, which called more broadly for greater accountability and board level oversight given McKesson’s alleged role in the opioid crisis, raised other concerns as well. They include “the inoculation of CEO pay against regulatory and legal fines”— the company’s recent $ 150 million settlement with the government was excluded from profit metrics used in both the short- and long-term incentive plans, for example—as well as the “unwinding of recent pay reforms after new awards fail to payout.”

In light of the opioid controversy, the Teamsters also urged shareholders to support its proposal for an independent board chairman at the company. (A similar proposal won majority shareholder support in 2012, but Hammergren currently holds that position).

“The opioid epidemic isn’t just a tragedy of human loss— it also reflects a profound lack of corporate responsibility and accountability at the highest levels,” Ken Hall, General Secretary-Treasurer of the Teamsters, said in an email to Fortune. “As the largest wholesale drug distributor, McKesson must confront the business practices and structures that helped fuel the crisis, rather than reward those that perpetuate them. In view of mounting legal, financial, and reputational risks, McKesson’s board needs independent leadership to safeguard the interests of the company and our country.”
An unlikely role for the Teamsters

The international union, which has more than $ 100 billion invested in capital markets, has emerged as an unlikely leader in the effort to hold the nation’s big three drug distributors accountable for their part in the nation’s opioid crisis. Distributors, which deliver FDA-approved drugs to registered pharmacies, maintain they are largely blameless middlemen in the affair.

The Teamsters became serious about the issue after the toll of the epidemic was raised at its international convention last summer in Las Vegas. There, one of its members, Travis Bornstein, the president of Akron, Ohio’s Local 24, spoke of losing his son Tyler to an opioid addiction. His speech was followed by others from members of the crowd whose lives had been touched by the crisis.

Since then, the organization has engaged with each of the big three distributors over the issue, though McKesson is so far the only of them to have met their request to set up a special independent committee to investigate the issue.

The Teamsters, which also has a long-running labor dispute with McKesson, aren’t alone in their reproach. Eleanor Bloxham, CEO of the Value Alliance, a consultancy that advises boards on corporate governance, says the union’s concerns “should resonate with all shareholders.” She says that while Hammergren’s pay has been “off the charts” for some time, this year’s proxy was particularly disturbing to her in that the opioid crisis was completely absent from the company’s discussion and analysis of executive compensation.

“It’s as if the opioid crisis did not exist,” she says. “I think that is a major failing in terms of representing an effective executive compensation process.” She adds that McKesson has “standards they say they like to uphold in the company—ICARE representing ‘integrity’ and ‘accountability’—but none of those issues seem to be reflected in pay.”

A McKesson spokesperson tells Fortune that the company takes its responsibility as a member of the pharmaceutical supply chain seriously, and that it is very much focused on curbing the prescription drug abuse that has fueled the opioid epidemic: “While we don’t manufacture, prescribe or dispense opioids to patients, we are doing everything we can to help address this crisis in close partnership with doctors, pharmacists, government and other organizations across the supply chain.”

The spokesperson adds that McKesson and shareholders have been well served by Hammergren, whose “in-depth knowledge of the healthcare industry and of the complex businesses and operations of the company allows him to lead the board’s work and focus, ultimately helping deliver long-term value to our investors.”

While the spokesperson acknowledges “we did not perform at our historical and targeted levels in FY17…incentive plan payouts were therefore significantly lower.” (Even so, Hammergren still ranked as America’s third highest-paid executive this year.)

As for recent changes to the way compensation is calculated, McKesson’s compensation committee “adjusted compensation plans over the past two years in a manner it believes is most aligned with delivering shareholder value.”

And as for that $ 1.1 million individual performance modifier? According to the company’s proxy, “the Compensation Committee assessed Mr. Hammergren’s leadership of the Company through a challenging year, including the company’s execution of [notable objectives and initiatives]” like “a new sourcing partnership with Walmart” and “a cost alignment plan that improved operating efficiencies.” Those initiatives, the proxy noted, “should drive significant value to McKesson in the years to come.”