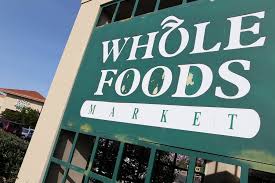 While most corporate marriages end in relative failure, Amazon’s $ 13.7 billion acquisition of Whole Foods could very well be the birth of a power player in the grocery space.

That could be bad news for Costco, whose shares slid as much as 3% in trading Monday. The dip comes after Deutsche Bank analysts, led by Paul Trussell, downgraded shares of the company from “buy” to “hold.” Shares for other retailers, like Target, have also been down since Amazon first announced the deal on Friday. [500link]Walmart[/f500link] has recovered slightly—0.7%–but not enough to regain their losses from the previous trading session.

MORE: Here’s Who Won and Who Lost In Amazon’s Deal to Whole Foods

While the rise of e-commerce sites has already been hurting traditional retailers, Costco may have been relatively insulated from online pressures due to its subscription model, according to Trussell. Now, though, Costco subscribers may choose Amazon instead.

In fact, Wedbush analyst Aaron Turner posited in a note Monday that Amazon could gobble up yet another company, Grubhub, to further expand in the food delivery space, Barron’s reports. Turner estimates that Amazon could offer $ 55 a share for Grubhub—a 22% premium to Grubhub’s Friday trading price.

MORE: What Amazon’s Whole Foods Deal Means for the Future of Grocery

On Monday, shares for GrubHub, which has $ 3.9 billion in market cap, were up 4% in trading.

Still, Amazon has little experience folding such a large company by valuation into its organization. Its biggest acquisition prior to the Whole Foods deal was that of Zappos.com for $ 1.2 billion.