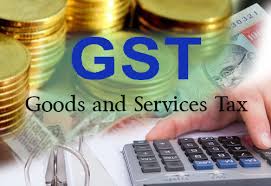 NEW DELHI India will launch a new national Goods and Services Tax (GST) as planned on July 1, Finance Minister Arun Jaitley said on Sunday, but will let companies file late returns for the first two months so that they can adapt to a new online filing system.

The GST, the biggest tax reform in India’s 70-year history, will require firms to file three online returns each month. Some business lobby groups have urged a delay to the rollout to allow more time to get ready.

Jaitley, speaking after a meeting of a GST coordination panel, said there would be “a slight relaxation of time” covering July and August before the strict GST filing timetable would apply from September.

Companies would be able to file simplified, aggregate returns in July and August, with a deadline of the 20th of the following month, said Hasmukh Adhia, a finance ministry official steering the launch of the tax.

Once fully up and running, the GST would require companies to file a complete return of their sales invoices by the 10th of the following month, with a second of their purchase invoices by the 15th. A third return would calculate their tax bill.

The GST marks a technological leap forward for India – it will be driven by an IT back end that can process up to 5 billion invoices a month. It also poses a huge challenge for larger companies to remodel their business process, while many small-time traders lack the technological know-how to cope.

More than 6.5 million businesses have already signed up for the GST, Jaitley said, more than four-fifths of those already registered to pay India’s old business taxes.

At Sunday’s meeting, officials also agreed on several sets of GST rules, including anti-profiteering guidelines intended to prevent traders exploiting the reform to ramp up prices.

The GST Council will meet again on June 30, the eve of the launch, Jaitley said.