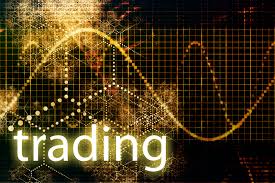 The company’s shares fell about 12% to $ 26.75 in premarket trading and looked set to hit a two-and-a-half year low.

Kroger also said talks with labor unions would be “challenging” this year as it aims to maintain “competitive cost structures.”

The owner of the Ralphs and Harris Teeter supermarket chains is looking to cut costs amid intense competition in the grocery segment, where Wal-Mart Stores (wmt), Lidl and Aldi are attempting to outdo each other in a price war.

“Customers tell us they want to … provide meals to their families at prices that enable them to stretch their budgets. We are committed to providing that experience, and we will not lose on price,” Kroger Chief Executive Rodney McMullen said in a statement.

Kroger estimated a LIFO charge — an accounting method for inventory — of $ 80 million, compared to an earlier estimate of $ 25 million. The charge is mainly affected by changes in product costs.

Excluding fuel, sales from Kroger’s stores open for at least a year fell 0.2 percent in the first quarter ended May 20. Analysts on average had expected a 0.7 percent decline, according to Consensus Metrix.

Those sales were down for the second straight quarter after Kroger reported the first decline in same-store sales in 13 years in the preceding quarter.

Net earnings attributable to Kroger more than halved to $ 303 million, or 32 cents per share in the first quarter.

The company recorded a $ 126 million charge related to pension plan withdrawal liabilities and a $ 117 million expense for offering voluntary retirement to employees.

Excluding items, the company earned 58 cents per share, in line with the average analyst estimate, according to Thomson Reuters I/B/E/S.