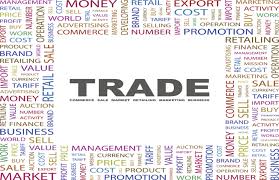 EpiPen maker Mylan is racing to put down a revolt from shareholders outraged by a $ 98 million pay package for its former CEO.

Institutional Shareholder Services, a shareholder advisory firm, took the rare step of urging investors to oust all of Mylan’s existing directors.
ISS chastised the Mylan board for “multiple egregious pay decisions” and a failure to heed “warning signs” ahead of last summer’s scandal over EpiPen pricing.

Mylan(MYL) was already under fire for a relentless series of price hikes on a two-pack of EpiPens by 400% over seven years. The controversy badly damaged Mylan’s reputation and wiped out billions of dollars of market value.

Yet Mylan still lavished former CEO Robert Coury with $ 98 million in pay for 2016 as he transitioned to the role of executive chairman.

In a report published on Monday, ISS criticized the “outsized compensation” in the face of “harm to the company inflicted by the EpiPen controversies” and “steep shareholder losses.”

Glass Lewis, another advisory firm, put out a separate report on Friday slamming Coury’s “colossal pay package” and giving Mylan an “F” for its compensation decisions.

Both firms urged Mylan shareholders to vote against the nonbinding “say-on-pay” proposal at the company’s June 22 annual meeting. Mylan’s pay practices were unpopular even before the EpiPen scandal. The say-on-pay proposal only received 65.2% of support last year.

ISS is going a step further by saying all 10 of Mylan’s existing directors should be voted out, including CEO Heather Bresch. The Mylan boss caught flak last summer by trying to pin the blame for the EpiPen sticker shock on a shadowy health care supply chain rather than accept responsibility.

In particular, ISS chastised Mylan’s board for failing to “head off the negative scrutiny” over the company’s risky price strategy “despite significant warning signs over a number of years.”

For instance, two years before the EpiPen scandal there was Congressional inquiry linked to generic drug price increases.

The EpiPen controversy “has laid bare a record of poor stewardship and responsiveness” by Mylan’s board,” ISS said.

In addition to being hauled before Congress, Mylan agreed in October to pay $ 465 million to settle federal allegations that it falsely classified EpiPen to overcharge Medicaid. Mylan did not admit to any wrongdoing.

Despite all the outrage, Mylan’s board may still be safe. The drug maker requires two-thirds of the votes cast at a meeting to unseat a director.

And Mylan slammed the ISS call as “simply irrational” because it would leave the company “without any leadership.” Mylan said in a statement it’s “confident” shareholders will “recognize that that this Board has overseen a period of strong and sustainable long-term growth.”

Mylan also sought to soothe concerns by sending a letter to shareholders on Monday arguing that Coury has been “integral to the success of Mylan and he will continue to provide strategic leadership for the next five years.”

But some powerful investors see it otherwise. A group of pension funds led by the New York City and New York State pension funds also launched a campaign late last month to oust Coury and five other Mylan directors.

“From Mylan allegedly overcharging the government for life-saving drugs to the board overpaying top executives, it’s clear why shareowners are demanding change,” NYC Comptroller Scott Stringer said in a statement on Monday.

“The stage is set for shareowners to deliver real change at Mylan,” Stringer said.