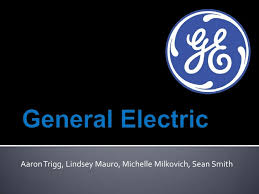 When then 45-year-old Jeff Immelt was named CEO of General Electric (ge) in 2001, investors couldn’t help but wonder how he would measure up against the “Michael Jordan of American business execs,” his predecessor Jack Welch.

It’s hard to say for sure, but when it comes to numbers, investors think that Immelt has fallen short: Shares of GE have plunged nearly 30% since he took the helm, with the company shedding more than $ 150 billion in market cap since Immelt’s first day on the job on Sept. 7, 2001, according to Bloomberg data. Though GE’s stock jumped nearly 4% in trading Monday on the news that Immelt would step down effective Aug. 1, after some 16 years as CEO.

While a case can be made that Immelt steered GE some of its most difficult hours, with the Sept. 11 attacks and financial crisis both occurring during his tenure, it’s hard to ignore that while GE’s share fell in his 16 year term, the stock market as measured by the S&P 500 has risen nearly 124%. Similarly, GE’s cohorts on the S&P 500 Industrials Sector have risen 134% in the same period. In fact, GE’s stock has been the worst performing on the Dow since Immelt took over.

His performance, numbers wise, looks even more lackluster when compared to Welch, his predecessor who has been hailed as one of the best CEOs of his time. Like Immelt, Welch was 45 when he assumed the chief executive role in 1981. But unlike Immelt, Welch wasn’t following up an “epic” act. While that same year the company was considered the best-managed industrial company on the Fortune 500, GE was also expected to perform in-line with the economy and rarely above it. Welch defied those expectations.