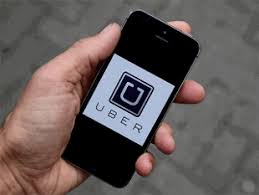 Uber board adopts all recommendations from Eric Holder investigation

SAN FRANCISCO The Uber Technologies Inc board of directors voted unanimously to adopt all recommendations from a report stemming from allegations of sexual harassment at the company and other employee concerns, a board representative said on Sunday.

The board, at a meeting on Sunday, adopted a series of recommendations from former U.S Attorney General Eric Holder following a sprawling, multi-month investigation into Uber’s cultures and practices.

The recommendations will be released to Uber employees on Tuesday, said the representative, who declined to be identified.

Holder and his law firm were retained by Uber in February to investigate company practices after former Uber engineer Susan Fowler published a blog post detailing what she described as sexual harassment and the lack of a suitable response by senior managers.

The recommendations in Holder’s firm’s report are expected to force greater controls on spending, human resources and other areas where executives led by Chief Executive Travis Kalanick have had a surprising amount of autonomy for a company with more than 12,000 employees, a source familiar with the matter said.

The meeting, which Uber did not publicize, is a pivotal moment for the world’s most valuable venture-backed private company that has upended the tightly regulated taxi industry in many countries but has also run into legal trouble with a rough-and-tumble approach to local regulations and the way it handles employees and drivers.

Also at the meeting on Sunday, board members were expected to discuss Kalanick temporarily stepping away from the embattled ride-hailing firm – possibly returning to a role with less authority – and other changes to executive leadership.

The board’s decisions follow a series of public-relations crises for Uber. The company faces a criminal probe related to a technology it created called Greyball that was used to deceive regulators in cities where it was operating. Its self-driving car program is in jeopardy after a lawsuit from Alphabet Inc alleging trade secrets theft, and the company has suffered an exodus of several of its top executives.

One Uber investor called the board’s decisions on Sunday a step in the right direction, giving Uber an “opportunity to reboot.”