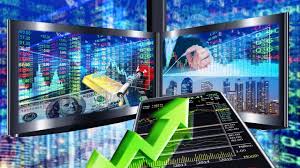 3:20 pm Future Retail in focus: Future Retail is looking at opening new distribution centres to ensure that products reach its stores faster and help save on costs through greater efficiency in view of the implementation of Goods and Services Tax from July 1.

“With the free movement of goods, no tax credit loss, we can plot at distribution centres as to where the consumption is and where we intend to build more stores so that we can bring in an efficient supply chain,” he said on the sidelines of CII-India Retail Conclave 2017.

“Ahead to GST implementation, we have upgraded our technology platforms, our supply chain is ready to do centralised distribution. We are now mapping out further distribution centres…to optimise our costs,” he said.

According to data released by the Society of Indian Automobile Manufacturers (SIAM), the growth registered in the passenger vehicles (PVs) segment last month was the best ever May sales.

2:36 pm SC decision on Section 139AA: In a setback for the government, the Supreme Court on Friday granted partial stay on Section 139AA, which allows mandatory linkage of Aadhaar for filing income tax returns and allotment of PAN (permanent account number).

A bench comprising Justices A K Sikri and Ashok Bhushan had on May 4 reserved the verdict on the pleas, challenging section 139AA of the Income Tax (I-T) Act, which was introduced through the latest budget and the Finance Act, 2017.

The Section 139AA “provides for mandatory quoting of Aadhaar / Enrolment ID of Aadhaar application form, for filing of return of income and for making an application for allotment of Permanent Account Number with effect from 1st July, 2017.”

CDSL is a depository that facilitates holding of securities in the electronic form and enables securities transactions to be processed by book entry.

CDSL was initially promoted by BSE, which has thereafter divested its stake to leading banks as sponsors of CDSL.

All leading stock exchanges like the BSE, National Stock Exchange and Metropolitan Stock Exchange of India have established connectivity with CDSL, the company said.

Infosys and ITC continued to keep the market in negative terrain while selling in HDFC Bank, Reliance Industries and auto stocks capped gains.

Nifty Bank hit a record high at 23,679.65 despite subdued market conditions, up half a percent.

1:45 pm Buzzing: SME company Vadivarhe Speciality Chemicals shares have been on buyers’ radar throughout the week. The stock was locked at 10 percent upper circuit today at Rs 95.70 on the SME platform of the National Stock Exchange.

With this rally, its gains during the week stood at 90 percent. The stock continued its run up was also on the back of picking up of stake by ace investor Ramesh S Damani who purchased 99,000 shares through block deal on June 7.

Investors, who invested in the public issue at Rs 42, received a whopping 128 percent returns in the last few trading sessions.

Infosys and Maruti Suzuki were most active shares on exchanges. Infosys declined nearly 2 percent on reports that founders may be looking to sell stake in the company while Maruti gained 2 percent as reports indicated that the company plans to spend Rs 1,000 crore in land acquisition this year.

Bourses in Europe were higher as investors reacted to a hung parliament in the UK’s General Election. France’s CAC, Germany’s DAX and Britain’s FTSE gained 0.8 percent each.

1:05 pm Market Outlook: While the market is witnessing strong moves, with bouts of consolidation, IL&FS sees sideways movements for the near term.

Highlighting that in the current situation, macros are positive and could be better post good monsoon, Vibhav Kapoor of IL&FS told CNBC-TV18 that it was legitimate for the market to assume that these will translate into higher earnings growth.

Having said that he saw strong resistance at 9650-9700 as a strong resistance point for the Nifty. A crossover from this point could take the index to 10000, he said. But, in the near term, there could be a correction, but not a deep one.

12:40 pm Europe trade: European stocks gained momentum after general elections indicated that there could be a possibility of hung parliament in the UK.

12:15 pm Market Check: Consolidation continued on the indices, with the Nifty hovering around 9600-mark now.

Maruti Suzuki, Mahindra and Mahindra and Vedanta were the top gainers, while ITC, Infosys and Tech Mahindra lost the most.

11:42 am FII View: The Nifty which has already rallied over 17 percent so far in the year 2017 could well come under some pressure as the momentum seems decelerating, Laurence Balanco, Global Technical Analyst at brokerage firm CLSA said in an interview with CNBC-TV18.

The key short-term risk for the Nifty is a slowdown in momentum which is a near-term risk for the index. “The current breakout in the uptrend is decelerating and there is a possibility that we come back to 50-days moving average around 9000-9100 which would be more of buying opportunity,” said Balanco.

“If we look at the momentum indicators to look at the speed and rate of change on charts over a period of time indicate deceleration of the trend and we see Nifty pullback towards 9,100 or 600 points,” he said.

Maruti Suzuki hit a fresh record high intraday, up nearly 2 percent after a media report indicated that the company plans to spend Rs 1,000 crore in land acquisition this year.

10:45 am Market Outlook: At a time when the market is witnessing strong moves, with bouts of consolidation, IL&FS sees sideways movements for the near term.

Highlighting that in the current situation, macros are positive and could be better post good monsoon, Vibhav Kapoor of IL&FS told CNBC-TV18 that it was legitimate for the market to assume that these will translate into higher earnings growth.

Having said that he saw strong resistance at 9650-9700 as a strong resistance point for the Nifty. A crossover from this point could take the index to 10000, he said. But, in the near term, there could be a correction, but not a deep one.

10:28 am SBI cuts loan exposure: In a sign that large corporate lending is being cut to size at India’s largest lender, State Bank of India’s (SBI) exposure of loans to top 20 largest borrowers declined by 22 percent to Rs 1.82 lakh crore in FY17. This accounted for 11.19 percent of total loans.

Additionally, the total exposure to top four NPA (non-performing asset) accounts also dipped to Rs 21,901.5 crore in FY17 as compared to Rs 26,863.5 crore a year ago, the annual report showed.

10.10 am Market Check: Benchmark indices continued to reel under pressure amid volatility. Investors digested UK exit poll that showed there could be a possibility of hung parliament after Thursday’s election.

Infosys (down 2.5 percent) pulled the Nifty IT index lower by 1 percent as investors turned cautious on the stock after a media report said co-founders may be exiting the company.

Adani Ports, GAIL and Wipro were down 1-2 percent followed by ITC, ICICI Bank, HDFC, Tata Motors and SBI whereas Reliance Industries and Maruti gained a percent each.

9:59 am Buzzing: Shares of Reliance Industries gained nearly 2 percent intraday after a brokerage firm reiterated its buy call on the stock.

CLSA, in a report, reiterated its bullish call on the stock with a target of Rs 1,710, implying an upside potential of 29 percent. It places its bet on the developments around its telecom service, Jio.

“After improving voice and data service quality over the past few months, we expect Jio to take the next step to monetisation. Also, we see Jio launching an affordable 4G feature phone within 2QFY18,” the brokerage said in its report.

Like peers, FY18 could be a better year for GCPL despite GST transition in India, it feels. It estimated double-digit constant currency growth for the company.

Tracking earnings trajectory, Goldman Sachs raised its Nifty’s 12-month target to 10,400 from 10,000 earlier. “We expect banks to recover from a downgrade cycle with upgrades to next year earnings driven by better NIMs/operating efficiency,” said the report.

9:15 am Market Check: Equity benchmarks extended losses in early trade, with the Nifty opening below 9650 level amid consolidation.

Volatility continued in global markets as exit poll in UK showed UK Prime Minister Theresa May’s Conservative Party may not get majority, which means there could be a possibility of hung parliament in the UK after Thursday’s election.

The Indian rupee has seen some correction in early trade. It has opened at 64.27 against the US dollar, down 6 paise compared with previous day’s closing of 64.21 a dollar.

Ashutosh Raina of HDFC Bank said the USD-INR currency pair has been consolidating in a range of 64.20-64.50 against the US dollar.
The rupee should continue to trade in this range with support expected at lower levels, he feels.