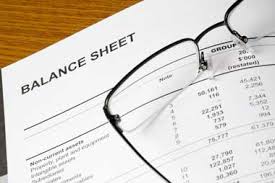 NEW DELHI Vikas Patharkar borrowed $ 700,000 in 2014 to set up a factory to make electric transformers on the outskirts of Mumbai, buoyed by the promise of massive government spending and hopes of a strong economic rebound.

Three years later, production has yet to begin. But servicing the debt is cutting into overall profits at his Lustre Engineering, which also offers electrical services, and the 59-year-old may have to sell off assets to repay the bank.

Patharkar says India’s bureaucrats are to blame for denying contracts to small businesses like his, and has taken one state-run power company to court to challenge its tendering process.

“Government has put in place a very good public procurement policy, but officials on the ground are not implementing it,” he said.

Bureaucracy is only one of the more visible parts of a problem that is vastly more systemic since Asia’s third-largest economy started to falter, burdened by $ 150 billion in bad loans, excess and idle capacity and stalled private investment.

Private capital investments contracted 2.1 percent in the first three months of this year despite a surge in government spending, dragging economic growth to 6.1 percent, its lowest in more than two years.

Signs for the current quarter are also not encouraging. According to CMIE, a think tank, new investment proposals in April and May were down by more than half from the same period in both of the last two years.

The culprit is a so-called twin balance-sheet phenomenon: reduced new investment by stressed private companies, which account for three-quarters of India’s total capital spending, and one of the highest bad-loan ratios among emerging economies.

The bad loans have forced banks to curb overall lending growth and cut their credit exposure to industry, while the share of capital investments in India’s GDP has dropped to below 30 percent from more than 38 percent a decade ago.

But the World Bank warned last week that prospects for developing economies like India were being undermined by weak investment.

If the trend continues, it may thwart India’s hopes of replicating the growth that dramatically boosted employment, reduced poverty and increased per capita income in China.

The downbeat mood is a far cry from the bullish sentiment among businesses three years ago when Prime Minister Narendra Modi was running for India’s top job.

His reputation, built while running the western state of Gujarat, of speeding up implementation of infrastructure projects and promoting manufacturing raised hopes of a similar push at the national level.

To be sure, his administration has spent billions of dollars on rail, road, port and power projects and pushed through a slew of steps to cut bureaucratic red tape and attract investments, the benefits of which, many believe, are still to come.

But it has been slower to act on calls to write off loans and privatize state-run banks, which experts say are needed to revive corporate and bank balance sheets but will not sit well with bank labor unions or the taxpayers that will have to foot the bill.

Stressed corporate balance sheets have taken a heavy toll on state-run banks. At least 13 of banks accounting for approximately 40 percent of total loans are severely stressed, with over 20 percent of their outstanding loans classified as restructured or bad loans.

A study by Credit Suisse shows that around 40 percent of India’s corporate debt is owed by companies with interest coverage ratio of less than 1, meaning they do not earn enough to pay the interest obligations on their loans.

The stress on the corporate sector is not only deepening, it is also widening.

In the telecoms sector, interest coverage ratios slid after the entry of Reliance Jio increased competition, prompting a major round of price-cutting.

Since the second half of 2016, much of the rise in bank bad loans has come from small businesses hobbled by poor sales and profitability. But it isn’t just small businesses like Lustre Engineering who have had to resort to asset sales.

Saddled with $ 3.1 billion in debt, GMR Group, an infrastructure conglomerate, plans to sell its road, power and airport assets. It has also put all investment in energy and highway projects on hold for the next 12-18 months.

A revival in consumer spending and goods exports should boost consumer demand and lift capacity utilization at Indian factories that is running below average, economists say. But that may not be enough for a big investment revival.

“People are still required to go to multiple agencies for clearances,” Shankar Raman told Reuters. “Ease of doing business is still a work in progress.”