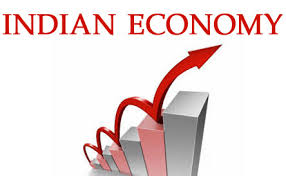 NEW DELHI India called on Thursday for a coalition of middle-income countries to drum up support for globalisation as a political backlash in the United States and parts of Europe against free trade and investment imperils its growth aspirations.

“We, in India, now have a much bigger growing stake in ensuring that the world markets remain open, that we continue to see globalisation,” Subramanian told a conference on the world’s 20 biggest economies (G20).

“A coalition of middle-income countries led by India or at least where India is taking charge, would be something we should seriously explore.”

The proposal comes as frustration with persistently low growth, stagnant wages and diminishing job security has sparked opposition in Europe and the United States to free movement of capital, goods and services, which critics blame for eroding incomes and worsening inequality.

Across the Atlantic, British Prime Minister Theresa May has rejected “untrammelled free markets” and plans to cut annual net migration to the tens of thousands.

Free trade and investment in the 1990s and 2000s triggered an unprecedented boom in the global economy, leading to rapid increases in per capita income and reductions in poverty.

A slump in export markets since then has brought average growth down below 7 percent. Asia’s third-largest economy needs to expand by at least 8 percent a year for the next decade to create jobs for its burgeoning workforce.

But to realise its growth ambitions, India estimates goods and services exports would have to rise 15 percent a year.

Subramanian said India would have to demonstrate a commitment to open markets and do more to liberalise trade and investment without worrying about the costs.

“We are now an important player … we cannot say the burden of keeping it open rests exclusively with others,” he said.