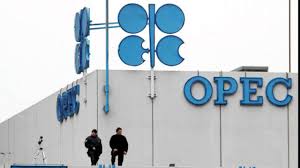 OPEC and Russia have failed to fix the epic oil glut

OPEC, Russia and other major oil producers agreed this week to hold their collective fire power for another nine months.These coordinated production cuts are aimed at mopping up the massive supply glut that sent crude crashing to unthinkably-low prices last year.

While OPEC’s ability to cobble together an agreement has managed to keep a floor under prices this year, the cartel’s tactics haven’t fixed the underlying problem, at least not yet.

Despite OPEC and Russia’s output cuts, oil stockpiles in the US and other major economies remain stubbornly-high — and that’s spooking impatient investors.

“It hasn’t worked so far,” said Matt Smith, director of commodity research at ClipperData. “They are still miles away from achieving their goal. Those inventories have barely budged.”

In the US, which has the most timely and reliable inventory data, there are 516.3 million barrels of oil stocked away. That’s not only way above historical norms, it’s actually 6% higher than when OPEC first decided to dial back output in November, according to the Energy Information Administration.

“Inventories have not yet come down. That’s why it was necessary to extend these cuts,” said Andrew Slaughter, executive director of the Deloitte Center for Energy Solutions.

OPEC cares more about the global inventory picture. But that doesn’t look pretty either.

Oil stockpiles in developed countries in the OECD jumped by 24 million barrels during the first quarter to a new record of 1.2 billion, according to the International Energy Agency.

“Despite OPEC’s strong adherence to supply cuts, key producers believe that inventories have not drained nearly enough,” the IEA wrote in a report earlier this month.

“There has been little visible impact on excess stocks,” Fitch analysts wrote in a report on Thursday.

No wonder, crude oil prices plunged 5% to below $ 49 a barrel after Thursday’s OPEC meeting, reflecting skepticism about the group’s strategy. The decision to extend the cuts, which was announced to much fanfare in November 2016, amounts to doing more of the same.

Many investors had been hoping Saudi Arabia and Russia would pressure fellow producers to either make deeper cuts or to hold their fire power for even longer.

So why hasn’t the combined cut of 1.8 million barrels by OPEC and non-OPEC producers failed to put a dent in inventories?

Many feared OPEC, which has a long history of ignoring its own quotas, would fail to deliver on its promise. But many observers believe OPEC has pulled off these cuts with very little “cheating.”

But one problem, according to analysts, is that Saudi Arabia and Russia initially deepened the glut by ramping up their exports just before the November agreement. (That softened the blow of the cuts by allowing them to start from a higher level.)

Another issue is that OPEC deliveries to the US continue to grow, despite the output cuts. In every month this year the US imported more OPEC oil than in 2016, according to ClipperData.

“It’s a bit of a headscratcher. It’s difficult to understand how they can be fully compliant and not cutting exports enough,” said ClipperData’s Smith.

And then there’s the return of US shale oil, which has also offset OPEC’s cuts. Shale producers, especially in the Permian Basin, have proven to be far more resilient than OPEC had anticipated.

Related: OPEC ‘no longer in control’ of oil prices

Oil bulls argue that OPEC just needs more time to right the ship. Brimming stockpiles will come down as the cuts are amplified by stronger gasoline demand from American drivers taking summer roadtrips.

Khalid al-Falih, Saudi Arabia’s powerful energy minister, believes the oil market will be “balanced” in the first quarter of 2018, according to Bloomberg News. Of course, that’s a downgrade from his earlier prediction for that to happen later this year.

Goldman Sachs agrees that OECD inventories could “normalize” early in 2018, thanks to the nine-month extension in production cuts.

But that doesn’t mean the delicate balance will last, especially if stronger prices encourage more pumping from American frackers.

“When this agreement ends, and coincides with strong shale growth, the market looks oversupplied again,” Morgan Stanley wrote in a report on Friday.

That’s why Morgan Stanley downgraded its oil price forecast for the end of 2018 to $ 55 a barrel from $ 60 previously.

Goldman Sachs warned that if OPEC resumes its price war to take back market share, the surplus could return.

“Herein lies the OPEC dilemma — a return to production capacity in 2018 to grow market share would lead to a sharp collapse in prices,” Goldman wrote.