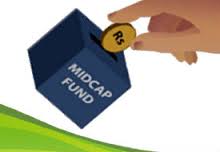 Escalating cross-border tensions with Pakistan across the Line of Control (LoC) coupled with continuing fall in midcaps pushed benchmark indices lower. The session was largely volatile, with the Sensex and Nifty shuffling between gain and loss, before finally settling in the red zone in the final two hours of the trade.

Bulls and bears fought rigorously until noon when the bear grip firmed up on news Pakistan Air Force’s fighter jets were reportedly flying near Siachen came. This, along with the news flow of all forward bases being activated by the neighbouring nation, spooked the markets, which settled into the negative territory based on wobbly sentiment.

On the domestic front, midcaps continued their corrective phase from the previous few sessions, with frontline stocks dragging the indices further. The index on the Nifty too had a volatile day, which had seen an uptick in the opening session of about half a percent. But the Street could not sustain this position and the index soon plunged over 2 percent before ending 1.75 percent lower. Several large cap names such as Lupin, Larsen & Toubro, Cipla HCL Tech, and Dr Reddy’s Laboratories fell during the session, thereby hitting the Street. PSU banks extended their fall as experts said that the Street was awaiting clarity on the NPA action plan.

However, Tata Motors led the support for the market, with its 4 percent gain along with GAIL, Adani Ports as well as TCS. A rally on these stocks aided the market by not falling further.

“Wobbly rupee and cross border tensions framed a volatile market, despite of positive updates on early monsoons and some encouraging earning numbers. Consumer goods sector showcased some promise in the opening hours, which is a good sign ahead of the monsoon arrival. Markets will now focus on FOMC minutes and OPEC meet scheduled ahead, especially with Oil holding well above 50 dollars,” Anand James, Chief Market Strategist, Geojit Financial Services said in a statement.

Among commodities, gold wrested control of the Rs 29,000 level by rising Rs 185 to Rs 29,100 per 10 grams today, taking strength from the scattered buying by local jewellers amid a firm trend overseas.

However, silver met with resistance at existing levels and took hit of Rs 215 at Rs 39,600 per kg.

Gold prices firmed up after Tuesday’s decline, mainly because of fresh buying by local jewellers at the domestic spot market, coupled with a better trend globally.

Among stocks, Tata Group twins Tata Motors and Tata Motors DVR gained the most on both the indices, with the former ending over 4 percent higher. Brokerage firms too were largely upbeat about the results.

Voltas closed over 9 percent higher after the company reported 22.06 percent increase in consolidated net profit at Rs 200.47 crore for the fourth quarter ended March 31. The company had posted a net profit of Rs 164.23 crore in the January-March quarter a year ago, Voltas said in a BSE filing.

There were several stocks that ended negatively as well.

Max Financial Services fell over 13 percent intraday on the possibility of a delay in its merger with HDFC Life. According to a CNBC-TV18 report, Attorney General Mukul Rohtagi returned the HDFC-Max Life merger proposal back to the Insurance Regulatory and Development Authority of India without giving any opinion. The insurance regulator had sought AG’s opinion for legal validity of the proposal.

Reliance Communications fell 8 percent as investors turned cautious of the stock based on its bond price fall in overseas trade. According to a report, the company’s dollar denominated bond, which expires in 2020, posted a steep fall, raising suspicions of its dollar-denominated debt. Ratings agency, Moody’s too gave a B2 Negative rating to the bond.

Lupin ended around 2 percent lower following its disappointing Q4 results. The drug maker posted 49.2 percent decline in net profit to Rs.380.2 crore in the fourth quarter ended March on account of drop in US sales and a one-time provisioning on account of patent litigation over generic oral contraceptive drug in Australia. The company said it made a provision for liability towards its Australian subsidiary amounting to Rs. 155.9 crore, in respect of compensation for patent litigation towards its Isabelle generic launch in Australia. Lupin lost a case against Bayer in Federal Court of Australia in a patent infringement case.

Going forward, the Street will watch out for earnings from major companies such NMDC, Ashok Leyland, Britannia and Cipla. Experts also said that global developments on the Federal Open Market Committee (FOMC) front will also be on the investors’ radar.

“Heavy balance sheet companies and banks are under pressure ahead of the upcoming RBIs new NPA ordinance. Selling pressure continued in PSU banking as RBI’s action plan on tackling NPAs failed to provide clarity on the resolution of outstanding NPA and concerns over the quantum of haircut the banks will take immediately. On the global front investors await FOMC minutes to get clarity on the trajectory of interest rates hikes in the current year,” Vinod Nair, Head of Research, Geojit Financial Services said in a statement.

(With inputs from PTI)