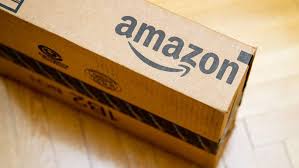 Amazon and the Race to Be the First $1 Trillion Company

It has become a favorite pastime among investors and company executives to speculate: who will be the first trillion-dollar company?

That value is an eye-popping 13 figures long, and would be enough to buy about 1.3 billion of the iPhone 7 Plus, made by Apple (aapl), the company that’s usually considered top-seeded to reach $ 1 trillion in market value the soonest.

But banking giant Barclays thinks another company that’s not even halfway to a $ 1 trillion market cap is a strong contender for the crown: Amazon.com (amzn), the retail and now cloud giant whose stock price has shot up by 48% over the past year, and is now trading at a record high of more than $ 887 a share.

“It’s just a question of when, not if, in our view,” the team led by Barclays analyst Ross Sandler wrote in a note to clients this week, saying the company would be among the first to reach that valuation.

Amazon stock rose more than 1% Friday morning, on track to set a new high for the third day in a row, and giving the e-commerce company a market valuation of $ 424 billion.

Amazon seemed incapable of displeasing investors last year, with its profits growing nearly three-fold to $ 2.4 billion, on sales of about $ 136 billion, a 27% increase over the year prior.

If Amazon shares keep rising at the clip they have in the last 12 months, it will get to the elusive $ 1 trillion market cap in just a little more than two years. Yet it’s an incredibly brisk pace to maintain: Amazon stock still needs to gain 140% from its current price to reach that 13-figure valuation. Markets are rarely so steady, investors so faithful, nor competitors so unthreatening year after year.

That’s perhaps why Barclays thinks Amazon may become one of the first trillion-dollar publicly traded companies, but not for at least another decade. By 2027, the analysts predict that Amazon may finally reach a market cap of about $ 910 billion, still about 10% shy $ 1 trillion.

By then, Barclays estimates that Amazon’s revenue will nearly triple to $ 594 billion.

But Amazon will have tough competition in the race to a $ 1 trillion valuation, considering there are other contenders whose market caps are much closer to that goal. Here’s the short list of companies Amazon may have to beat:

1. Apple has been the favored contender on Wall Street. It’s not only the biggest company in the S&P 500 with a $ 756 billion market cap, but even Warren Buffett has given the stock his approval. The investor’s firm, Berkshire Hathaway (brk.a) has purchased billions of dollars worth of Apple’s stock. Buffett even predicted Apple was likely to reach $ 1 trillion before Berkshire, which has a current market value of $ 412 billion. But to reach that figure, investors will need to push the tech stock up another 32%. While bullish investors point to the company’s highly anticipated iPhone 8 release and developments in augmented reality as reasons the company will get there, Apple’s generous share buyback and dividend program could slow its progress by giving away funds that could be used to develop new and attractive products instead.

2. Alphabet, the parent company of Google (googl), is the second largest company on the S&P 500 by market cap, having reached a $ 581 billion valuation. The stock would need to rise 72% to reach $ 1 trillion, meaning Alphabet would trade at $ 1,460 a share. Over the last year, the stock has risen 11%.

3. Microsoft, a 42-year-old company that has been around much longer than some of the other contestants in this race, is far closer to a $ 1 trillion market cap than Amazon. Microsoft (msft) is currently valued at $ 417 billion—but it will need a 98% boost to reach $ 1 trillion.

4. Facebook is the fifth largest company by market cap on the S&P 500, with a market capitalization of $ 412 billion. What Facebook (fb) needs to reach $ 1 trillion is a 143% boost to its share price of $ 142. But its recent performance has helped fan rumors that the company may be among the first to reach the target: The stock has risen 23% over the past year.

5. Tesla, Elon Musk’s electric car company, is a dark horse whose name has also been thrust into the $ 1 trillion rumor mill as well.

In fact, it was Musk himself who threw it in the ring while trying to convince investors that Tesla (tsla) acquiring SolarCity was a good decision: The combined giant could one day reach $ 1 trillion, the Tesla CEO and serial entrepreneur said. Sure, Musk was tooting his own horn, but he’s also been shockingly right in the past when it came to predicting his company’s trajectory. But it would be a difficult feat to achieve: Tesla would need its share price to grow 2,122% from its current market cap of $ 45 billion.

Assuming Barclays is in the right ballpark, and Amazon reaches $ 1 trillion at the very end of 2027, Tesla will need to be going at the breakneck pace of about 33% annually to beat that. Perhaps Musk won’t win this contest.