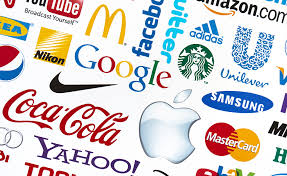 Google’s brand is now the most valuable in the U.S., according to a new ranking.

The search titan beat out other household names including Apple and Amazon as the company whose brand gets the most bang for the buck, via calculations by valuation and strategy firm Brand Finance. Tech dominated the rankings, notching seven of the top 10 companies.

Google’s good name is worth $ 109 billion, according to Brand Finance, based on the company’s ubiquity in every day life. The name Google is synonymous with search engines to the degree that the verb most people use when talking about searching for information. Based on that, the company’s core advertising business continually delivers robust revenue figures.

Apple’s brand, which had held the top spot for the last five years, took a hit and is now worth $ 107 billion from $ 146 billion a year ago. Recent missteps have served to over-exploit the goodwill of its customers, according to Brand Finance. Instead of offering up truly new and innovative products, Apple has merely delivered minor tweaks to old products, some of which have not gone over so well with its customers.

Amazon took the third slot with a $ 106 billion valuation. Having gained 53% more value over last year, its brand could be poised to become the most valuable in 2018 as it continues to seize a larger and larger share of the retail market.

In total, the values of the top 500 brands in the U.S. are worth more than $ 3 trillion combined fro an 11% increase over last year.

Here are the top 10 companies and their brand valuations: