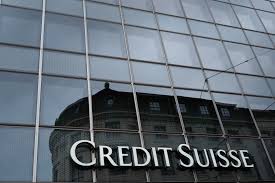 This compared with the 4.57 million francs he earned in 2015 after joining the bank on June 22.

The report also showed Credit Suisse ‘s (csgkf) bonus pool rose 6% to 3.09 billion francs. That followed a second straight year in the red for the bank amid a major restructuring and steep penalties for the sale of toxic mortgage debt in the run-up to the financial crisis.

“Overall, the board considered Mr Thiam’s strong leadership, consistent execution of the group’s communicated strategy, effective delivery of cost efficiencies, principled and ethical conduct, and his role in driving the group towards a stronger capital position in determining that Mr Thiam had met his performance targets set for the year,” the report said.

Zurich-based Credit Suisse also said it had reached a settlement in principle to resolve a residential mortgage-backed securities (RMBS) case with the National Credit Union Administration Board (NCUA) in the United States, deepening its 2016 net loss to 2.71 billion francs from 2.44 billion.

Credit Suisse echoed comments from last month that it is continuing to work on a minority IPO of its Swiss banking division through which it would raise up to 4 billion francs, amid reports the bank is considering a quick-fire share sale rather than pursuing the separate listing.

“We are on track with the preparatory work for a planned partial initial public offering (IPO) of Credit Suisse (Schweiz) AG in the second half of 2017, market conditions permitting and subject to the approval of the board of directors,” Thiam and Chairman Urs Rohner wrote in the report.

Credit Suisse ‘s board of directors will decide in April whether to proceed with the IPO, Reuters reported last week.

Total compensation for Rohner rose to 3.98 million francs in 2016 from 3.2 million the year before.