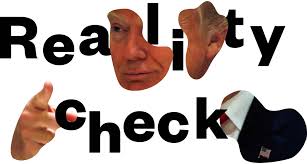 Trump-fueled optimism about the U.S. economy is running out of steam.

Stocks crumbled Tuesday, driven by steep declines for banks. As Fortune’s Lucinda Shen noted, the nine biggest Wall Street firms by market cap shed $ 81.6 billion in value in just one day as the momentum of a “Trump Bump” began to wane.

But let’s forget stocks. The market that matters more for the economy is bonds. Yields had risen dramatically over the last four months,as investors bet on what’s known as the “Trump reflation” trade – the idea that the new president’s proposals for lower taxes, regulatory reform, and infrastructure spending will stimulate growth and lead to higher inflation.

And when investors expect higher inflation, they demand higher returns on bonds like the benchmark 10-year Treasury.

What changed over the last week?

First, although the Federal Reserve just hiked its key interest rate, some investors interpreted the central bank’s outlook for future hikes as more dovish than expected. That sent Treasury yields down immediately after the Fed meeting.

Another big factor came Monday night, when conservative Republicans from the House Freedom Caucus reasserted their objections to a Paul Ryan-led plan to repeal and replace Obamacare, because they say it doesn’t go far enough in repealing the Affordable Care Act. The conservative hardliners claim to have enough “no” votes to kill the bill when it goes before the House on Thursday.

What’s the Obamacare repeal got to do with the economy and markets? Well, Trump sold himself as a dealmaker on the campaign trail, and if he isn’t successful in winning this first big deal — even with a Republican-led House and Senate — that raises more doubts he’ll be successful in achieving his other signature campaign proposals. And as the debate about Obamacare repeal rages on, it could further delay legislation related to tax reform and infrastructure spending, thereby postponing the economic boost from these policies.

Key finance officials in the Trump administration, like Treasury Secretary Steven Mnuchin and White House budget director Mick Mulvaney, have both tried to tame some of the overly optimistic expectations for Trump-fueled growth. Mnuchin has noted that while the president’s proposals could boost GDP, we’d have to wait until late 2018 before growth reaches 3%. (Trump had earlier promised 4%.)

Likewise, speaking last week, Mulvaney said the White House would first focus on health care before it would get to tax reform, and he noted that infrastructure spending might not come until the late summer or fall.

While a defeat for Trump Thursday over the Obamacare repeal certainly wouldn’t kill these other proposals, it’s a setback for the president that could also foreshadow more challenges ahead and serve as a reality check for investors.

What the bond market is now signaling is that investors likely got ahead of themselves. Stock investors started to return to earth yesterday, and the next to come down will likely be consumers, businesses, and homebuilders — all of whom have been riding on a sugar rush of economic optimism.