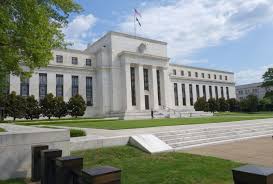 This Fed Governor Just Nailed the Art of the Twitter Q&

You’d be forgiven for thinking that Twitter and the arcane world of central banking don’t mix. But this Federal Reserve Governor just proved it can be done, in some style.

Neel Kashkari is president of the Minneapolis Federal Reserve, a noted policy dove and the only member of the Fed’s policy-making committee to vote against raising the target for the key Federal Funds rate last week. But in a social media tour de force Tuesday, the economist showed that he can also communicate his monetary policy objectives with zingers of less than 140 characters.

In a one-hour Q&A session, Kashkari fielded and cogently answered more than 40 questions on everything from interest rates and too-big-to-fail (TBTF) banks to diversity at the Fed. He even responded to queries about his favorite soda (Cherry Coke Zero), his favorite Seinfeld character (“NEWMAN!!!“) and the razor he uses on his head (Gillette Fusion).

For anyone who follows the Fed for a living, not much of what Kashkari said was news. He thinks that the Fed should tolerate higher inflation (it rose to 2.7% in February, above the Fed’s medium-term target of 2%) just as long as it tolerated below-target inflation; he wants the Fed to publish a plan “ASAP” for how to trim a balance sheet that ballooned as a result of its long-running quantitative easing policy; and he thinks TBTF banks should be forced to hold much more capital than they currently do.

More notable was how much nuance and depth Kashkari crammed into Twitter’s 140-character straitjacket. Consider this on how “loose” monetary policy is right now:

Or this on how great a threat Wall Street’s biggest banks really pose to the economy (complete with some gentle trolling of JPMorgan Chase (jpm) CEO Jamie Dimon, whose bank has epitomized the too-big-to-fail phenomenon)

The problem is not the current drag – its if/when they fail. BIS estimates huge cost: 158% GDP. #devastating #AskNeel #AskJamieDimon https://t.co/J3hVqFKo1I

Besides Dimon, Kashkari may have been trying to bait his Twitter audience into a more confrontational exchange: “Where are the anonymous finance twitter trolls? You promised you would show up. Where’s Rudy? #disappointed,” the economist tweeted.

Though Kashkari’s Twitter discussion may have been a bit geeky and in-the-weeds compared to typical social media fodder, it also made the central banker’s commentary much more accessible than the usual alternative: A speech that takes half an hour to say the same.

So, can we expect Kashkari’s colleagues at the Fed to take up the challenge of communicating clearly and directly on the public’s terms rather than on their own?

To use a favorite Twitter expression of an even more prominent U.S. policymaker: Sad!