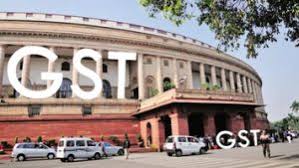 The four bills are likely to be taken up by the parliament this week, and a separate state GST bill in state assemblies later, the official also said, requesting anonymity ahead of a planned news briefing.

There would be four tax slabs of 5, 12, 18 and 28 percent, plus a levy on taxes on items like cars, aerated drinks and tobacco products to compensate states for any revenue losses in the first five years.

The new tax, biggest tax reform since India got independence in 1947 from the British colonial rule, is expected to boost the rate of economic growth by about 0.5 percentage points, broaden the revenue base and cut compliance cost for firms.